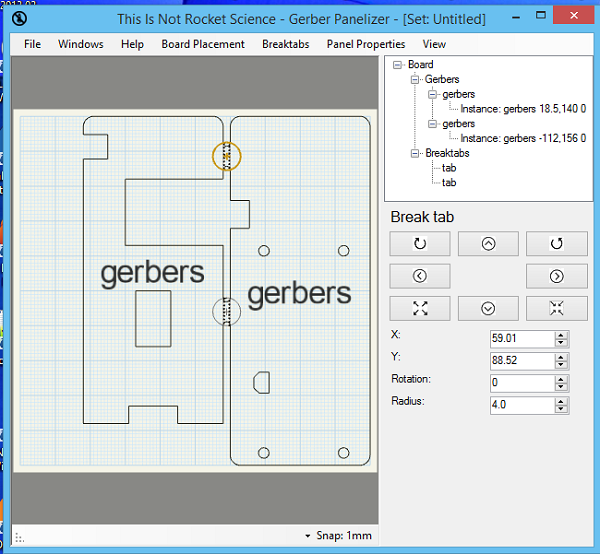 Arsenijs over at Hackaday.io explains how to panelize PCBs using GerberPanelizer on Windows. He writes:

This tutorial was done on Windows. Authors claim it could also be used on Linux by using Mono, but I haven’t tried and don’t understand a lot about Mono to see what could be done. I am switching to Linux nowadays, so I’d be very grateful to anybody that’d make instructions on how to launch it, however – and I’m sure other fellow Linux-wielding engineers will be grateful, too =)
This is the GitHub issue describing steps to launch it on Linux, half-successfully (thanks to @jlbrian7 for figuring this out