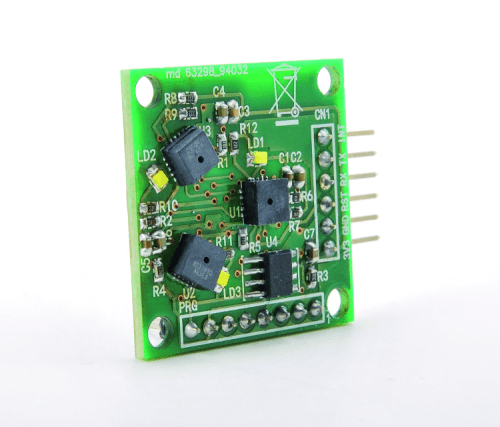 Our friends on open-electronics.org published a new project based on AS7265X spectrum sensors family. by Boris Landoni

After this introduction we enter into the merits of the project, which consists in developing a PC spectrometer obtained by connecting to the USB port (which is now a standard for Personal Computers and “mobile” devices such as tablets and smartphones) using a serial / USB adapter the spectrum detector breakout board (whose project was published in issue n ° 230) and using a specific software provided by AMS, which is the manufacturer of the three spectral sensor components used in the breakout board itself. The software, which can be installed in a Windows environment, runs on a specific platform called ActiveTcl which can be freely downloaded (in free version) from the reference site www.activestate.org; so you can’t run it like any Windows application, but you have to install the runtime. But this, as we will see later, is not a problem, as the execution environment is of free use.