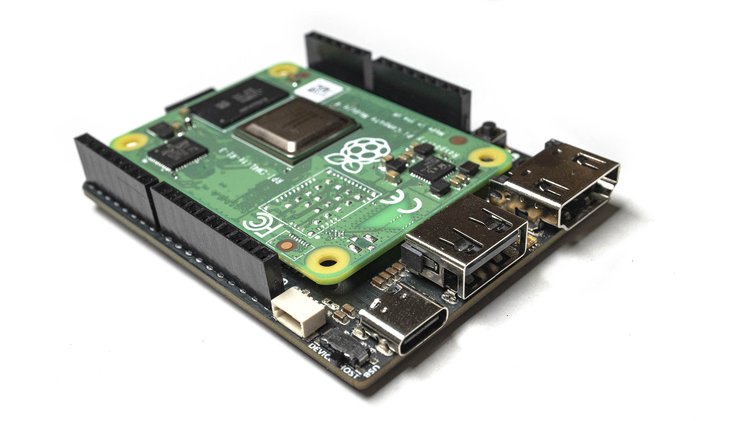 Timon’s Piunora carrier board has SoM compatibility for specific functionalities with a quad-core Cortex-A72 processor working at a frequency of 1.5 GHz. It offers RAM from 1GB to 8GB with an optional 4GB to 32GB eMMC flash memory. The carrier board comes with an optional wireless module with 802.11b/g/n/ac WiFi 5 and Bluetooth 5.0.

It has a MicroSD card socket for the operating system while working on Raspberry Pi CM4Lite as an SoM. The HDMI 2.0 port comes with a 4Kp60 feature for real-time video output. The camera interfaces with a MIPI connector to a USB 2.0 port or USB-C port with support for data and power using a host switch. 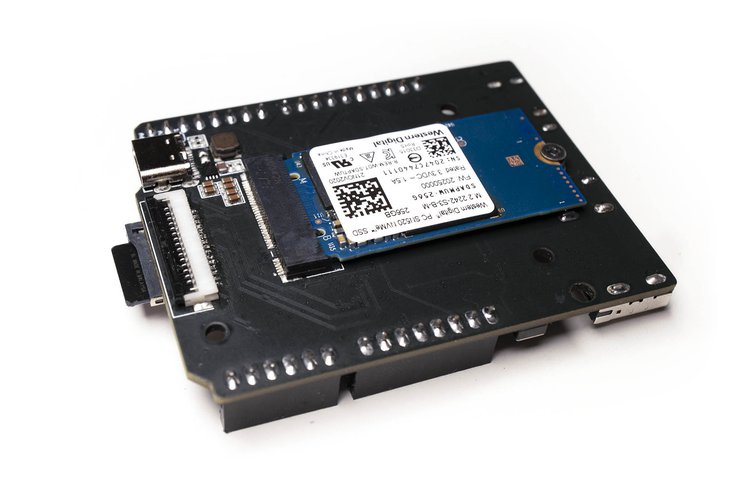 The Piunora carrier board allows some additional features that are complex to implement using the official Raspberry Pi 4, like running the Pi as a USB gadget rather than as a host component. Hence, it simplifies certain types of development and allows quick implementation. This USB gadget mode functions through a virtual Ethernet connection or as a USB storage device. Adafruit Blinka a compatibility layer for CircuitPython on Linux SBCs allows the usage of the Piunora carrier board similar to any other CircuitPython dev board.

The board features flexible connectivity with an Arduino-compatible header for various interfaces. This includes 6x ADC, digital I/Os, I2C, SPI, and UART. It also comes with a Stemma QT connector and an M.2 B-key socket for further expansion of the device.

There is no information about the price for the Piunora carrier board at this point in time. However, Timon’s latest tweet on 15 January 2021 says:

“Now up on Crowd Supply. No ETA yet when the campaign will start but be sure to sign-up to be notified.”

For more information visit the Crowd Supply’s product page for Piunora Carrier Board. The images and technical specifications have also been taken from the product page.