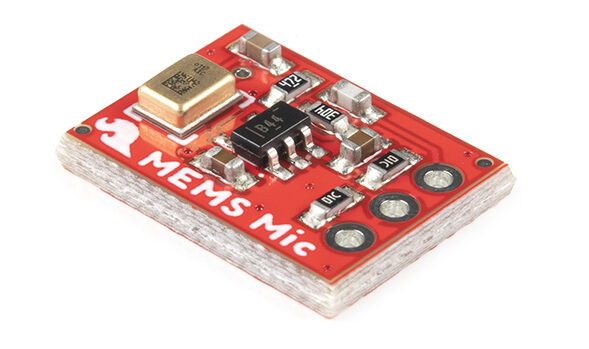 SparkFun has announced an Analog MEMS Microphone Breakout board built around the famous SPH8878LR5H-1 analog microphone. A MEMS microphone is an electro-acoustic transducer housing a sensor (MEMS) and an application-specific integrated circuit (ASIC) in a single package. The board features an OpAmp to boost the microphone’s output to a reasonable level, letting you connect it straight to a microcontroller’s ADC or a SparkFun Spectrum Shield. This makes it much simpler and easier to bring audio into your projects.

Knowles Electronics’ SPH8878LR5H-1 microphone is a high-performance analog silicon microphone supporting single-ended and differential modes. The design of the SPH8878LR5H-1 microphone is built around the SiSonic MEMS technology, of which the microphone consists of an acoustic sensor, a low noise input buffer, and an output amplifier. The product features a flat frequency response and low phase distortion enabling superior noise cancellation algorithm performance. The typical applications of the MEMS microphone are smart speakers, beamforming applications, and proximity detection.

The SparkFun Analog MEMS Microphone Breakout – SPH8878LR5H-1 is a simple and easy-to-use microphone for a variety of sound-sensing projects. The onboard microphone is a low-power, omnidirectional microphone with an analog output. It works for both near and long-range uses and is particularly good for portable applications due to its low power consumption. 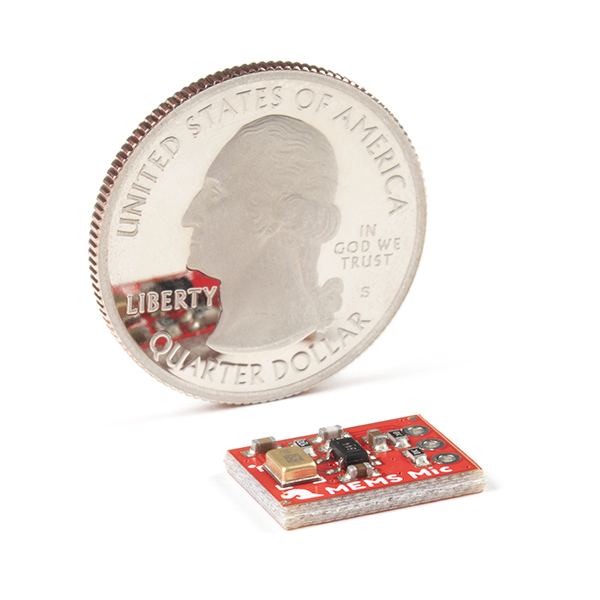 The SparkFun breakout board has a Texas Instruments operational amplifier, OPA344, a CMOS amplifier for precision and low-power miniature applications. OpAmp has a gain of 64 and a frequency response range of 7.2Hz to 19.7KHz. The AUD output signal will be about 200mV for sound sources a few feet away from the microphone. The microphone is omnidirectional, meaning it can pick up sound sources from all directions.

The Analog MEMS Microphone Breakout board design can operate at voltages ranging from 2.3 to 3.6V, with an estimated average current usage of 265µA. The microphone’s frequency ranges from 7Hz to 36kHz. Additionally, it also features a signal-to-noise ratio of 66dBV/Pa, a sensitivity of 44dBV/Pa, and an acoustic overload point of 134 dB SPL.

However, this isn’t the first time SparkFun has released a MEMS microphone breakout board. The company, in the past, has released two models, one based on the Analog ADMP401 and the other based on the InvenSense ICS-40180. The new model, however, is expected to be a pin-compatible drop-in replacement, according to SparkFun.