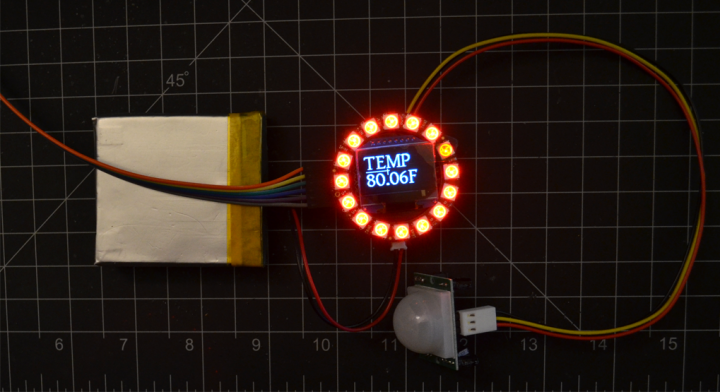 This is an OLED temperature display based on ATmega328p along with a NeoPixel led ring to display different colors depending on temperature.

This is a small temperature display using a OLED with a NeoPixel Ring around it using MQTT on a ESP8266 and sending data to the on board ATmega328p. It will cycle on a timer though environmental data from other nodes in the house. The LEDs represents the temperature based on color to give an idea of the temperature in the home or apartment I also added a PIR to turn off the LEDs when no one is around since this is designed to run off a LiPo battery. The core is running DomotiGA (Home automation core) and Mosquitto (MQTT broker). Part of this project is exploring the ESP8266 and learning MQTT.