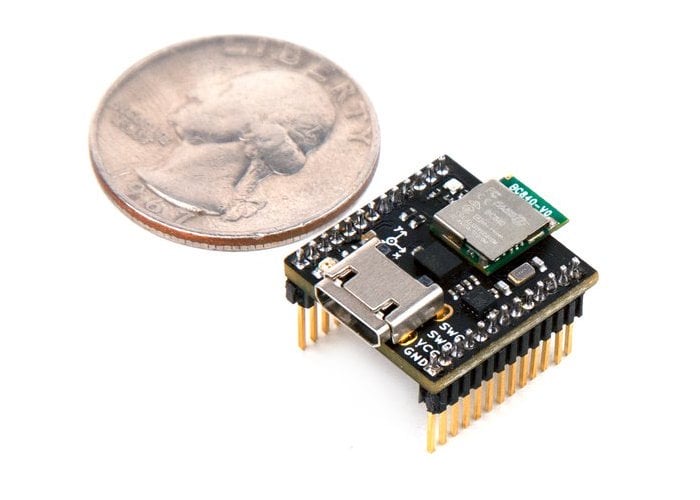 Tensor Iotera Group (TIG) has announced its new Bluetera II open source full-stack development board, which according to the company uses Google’s Protocol Buffer technology for motion-based IoT applications. TIG says that the Bluetera II is the second generation module. Bluetera II is built to fill the gap for an open source platform that meets the following requirements :

“Developers of IoT platforms often struggle with motion math: quaternions, calibration, angles, transformation, logging, etc. The Bluetera SDK’s motion library provides common open-source algorithms and calculations to help reduce this sort of complexity. Using the Madgwick sensor fusion algorithm, for example, Bluetera II is capable of streaming 200 Hz of quaternion data (OS-dependent)… Protocol Buffers is a battle-tested, schema-based serialization library developed by Google. An SDK built on Protocol Buffers allows our API to pass information between the various layers of an IoT system in a way that is efficient, extensible, and even beautiful. That API, which integrates with Nordic’s nRF SDK, will save you from having to do a great deal of boring, time-consuming, error-prone work that requires expertise in many different frameworks.”

The Bluetera II is equipped with the latest Nordic nRF52840 SoC, which can function as a BLE Central and a BLE peripheral. The hub is capable of being connected to a Linux or a Windows-based USB port as a BLE dongle. Then, it can become an integral part of the Bluetera LAN interacting with multiple Bluetera hub modules. The Bluetera II which features Nordic’s nRF52840, enables an Arm Cortex-M4 FPU, with 1MB of Flash, and 256KB of RAM. A BLE 5.0 controller is also incorporated with the MCU for wireless communications, but TIG offers BLE add-on modules for short, long, and ultra-long applications. The Bluetera II also features a pair of 13-pin headers, each of the headers are equipped with PWM, SWD, and GPIOs that can be configured as UART, I²C, ADC, etc.

The Bluetera II is currently crowdfunding on Crowd Supply, starting at $50 for the development board with options for add-ons, like the BLE modules stated earlier, and optional antenna configurations. They also list a developer edition for $70. The $70 edition includes a debug expansion board, complete with headers and connectors.