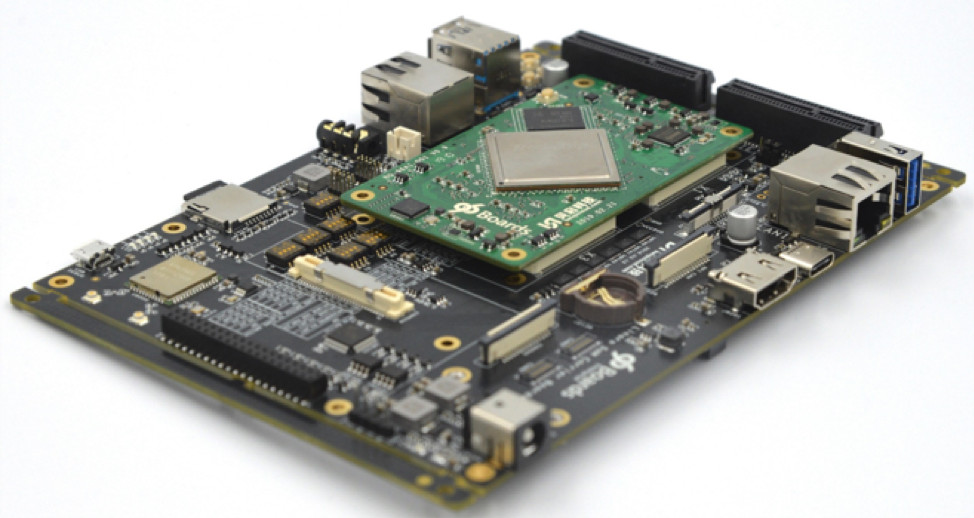 At the first day of Linaro Connect Bangkok 2019, 96Boards SoM specifications have been announced, together with the introduction of Rockchip RK3399Pro powered TB-96AI and Rockchip RK1808 based TB-96AIoT, which are the first 96Boards compliant SoMs, along with 96Boards SoM Carrier Board.

Two form factors are defined as SOM-CA and SOM-CB with a maximum of four 100 pin Connectors. The X1 connector is mandatory on all SOMs. The defined interfaces are shown in the table below.

That’s plenty of multiplexed signals which at first sight open the door for potential incompatibilities between modules. 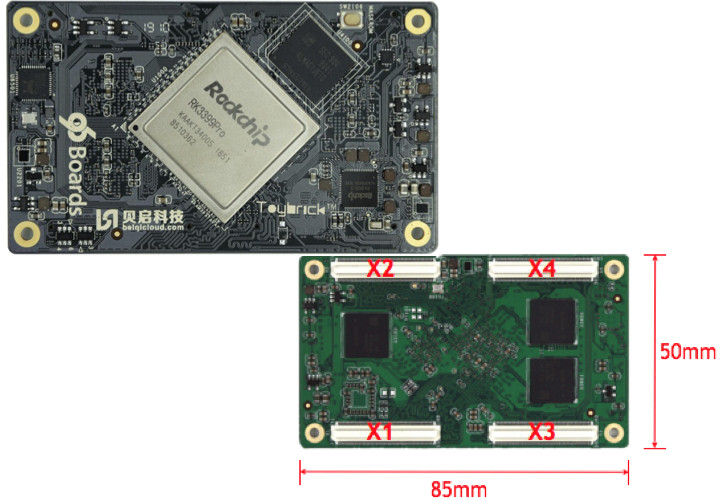 The TB-96AI , equipped with RK3399Pro, has an integrated neural network processor NPU, computing power of up to 3.0 Tops, and offers compatibility across a variety of AI architectures. It can be combined with the backplane to form a complete industry application motherboard, and be applied to various embedded artificial intelligence fields.

The 96Boards SOM Carrier Board is compatible with both the TB-96AI and TB-96AIoT. It is designed to suit different markets and demonstrates how easy it is to support multiple different SOMs. 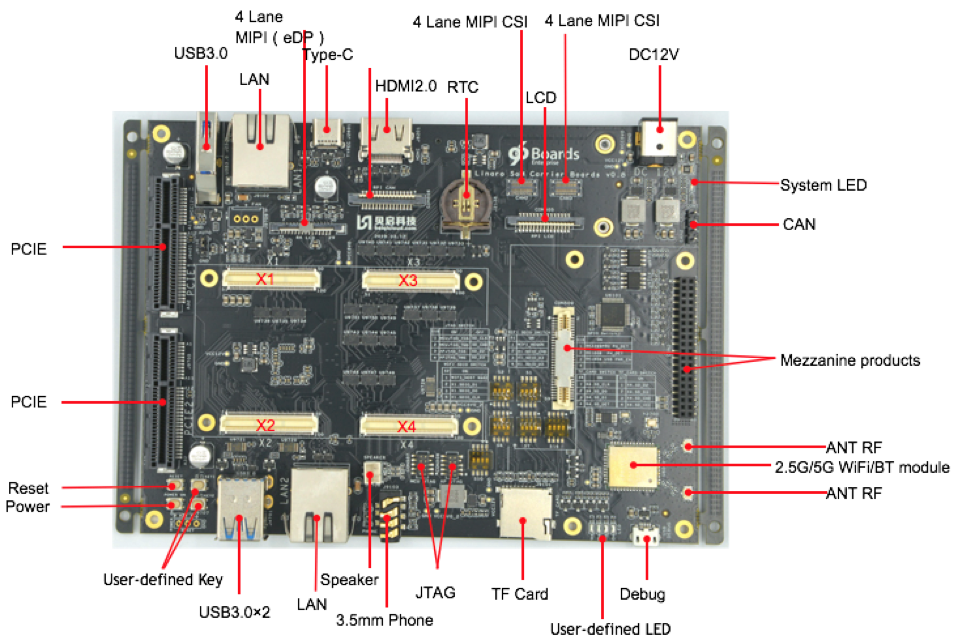 The full scope of Linaro engineering work is open to all online. To find out more, please visit http://www.linaro.org and http://www.96Boards.org. You’ll also find details about all three hardware platforms on the products page of the company.