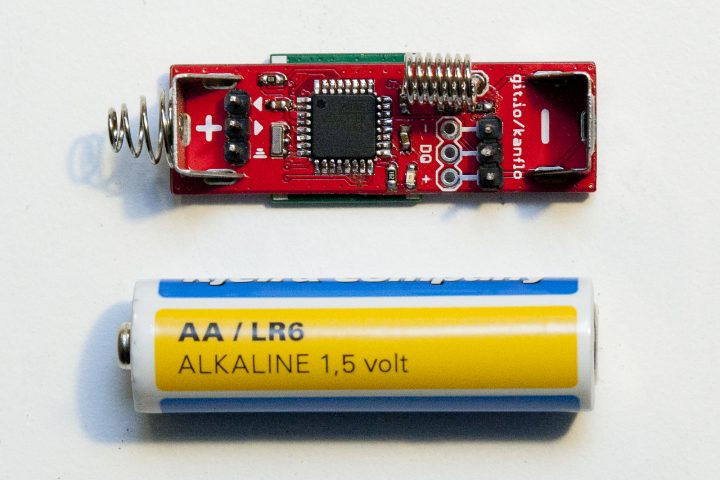 Johan wanted to shrink his Arduino based ISM radio node to fit in an AA battery compartment so AAduino was born.

The AAduino is an wireless Arduino clone the size of an AA battery with Keystone battery terminals rotated 180° to act as positive and negative terminals. It is powered by an ATMega328p and is fitted with an RFM69C companion. There is room for two DS18B20 temperature sensors and an indicator LED.