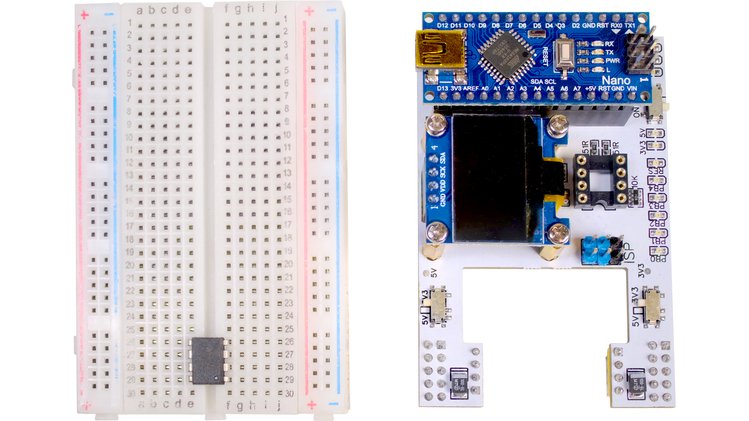 ATtiny Flasher: An open-hardware flashing tool for the Atmel ATtiny

Arduino development boards are highly popular among makers and beginners in electronics for their ease of use. The Arduino boards are designed in such a way that making connections to peripherals like sensors and displays is extremely easy. All it needs is a little common sense for interfacing components and you are good to go with your project. A part of this convenience in using Arduino boards comes from the Arduino IDE (Integrated Development Environment). Arduino IDE is an open-source platform that makes writing code and uploading it to an Arduino board easy. Arduino IDE uses C/C++ for programming but the environment also has helper functions that enable you to use the hardware easily. Along with this, it also has a serial monitor and plotter which can plot analog values of a variable in real-time. All of this makes Arduino boards very convenient for prototyping.

But, the form factor of various Arduino boards is a major issue when designing compact projects. Even the Arduino Nano, the smallest Arduino development board, though small and breadboard friendly, can’t be used in compact circuit boards. Sometimes you may not even need more than 2-3 I/O pins for your project so, using Arduino for the same is overkill. In addition, Arduino boards are expensive as compared to their chip price. Thus, if you want a cheaper, simpler, and more compact alternative to Arduino boards, ATtiny microcontrollers are perfect for your needs. ATtiny microcontrollers are AVR microcontrollers based on RISC architecture developed by Microchip technology. ATtiny85, ATtiny45, ATtiny25, and ATtiny13 are very popular compact microcontrollers of the ATtiny family.

If we want to program an ATtiny chip via Arduino IDE, we need to use one of the Arduino development boards as ISP and then burn the program on the chip. There are many challenges involved in burning the program to ATtiny. One of the issues that arise is wiring problem and reset capacitance which obstructs the programming to the chip. The ATtiny Flasher is the right device made for this purpose.

It is a handy device that allows you to use your favorite IDEs and debugging tools when developing for the ATtiny microcontroller. This device allows you to upload your code from Arduino IDE or any other without having to port your code to its intended program. It is built around Arduino Nano which provides compatibility with most IDEs along with an OLED for the display of the status of the upload.

Features and Specifications of the ATtiny Flasher: