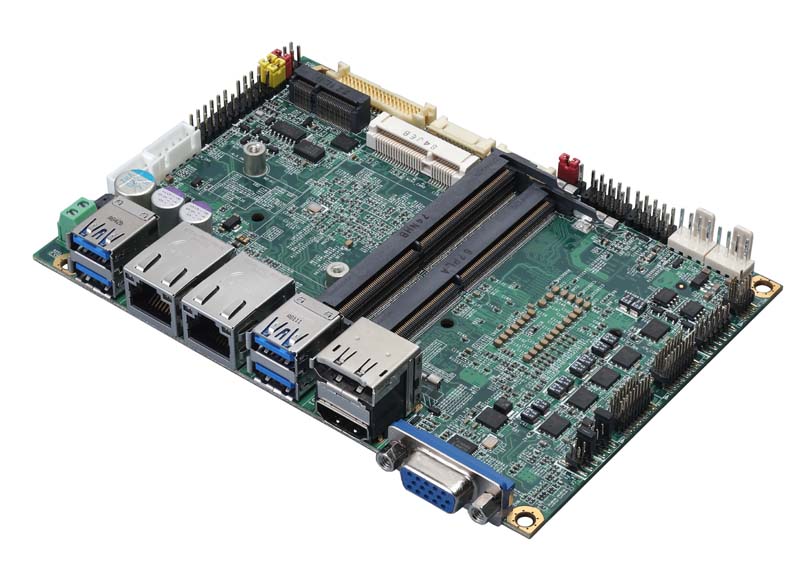 Commell has launched a 3.5-inch “LE-37M” SBC that taps Intel’s 8th Gen H-series CPUs, and features triple displays, 4x USB 3.1, 2x SATA III, 2x GbE, and mini-PCIe and M.2 expansion. Commell has released a number of Intel’s 8th Gen “Coffee Lake” products and they launched the LV-67X industrial Mini-ITX board last August and followed up with a 3.5-inch LS-37L SBC that also supports up to 65W TDP Coffee Lake S-series chips via an FCLGA1151 socket. The LE-37M has a few new features and an FCBGA1440 socket which supports Coffee Lake H-series with more embedded-friendly 45W TDPs. 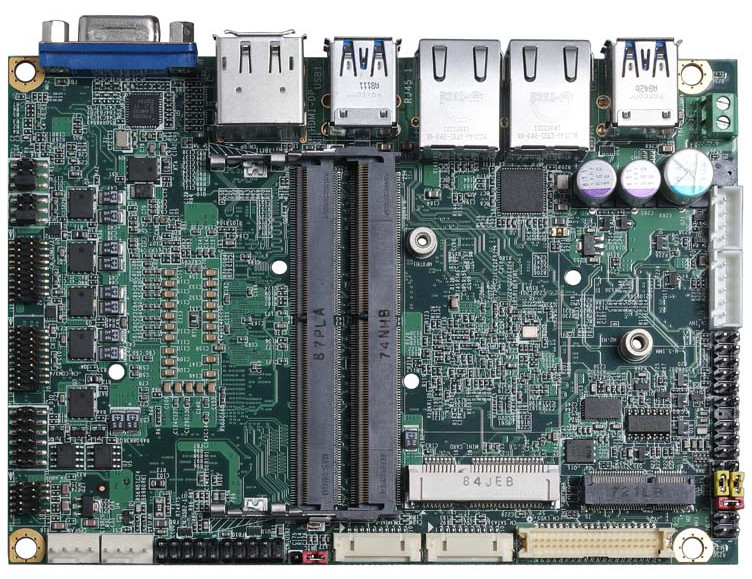 Commell offers two variants of the SBC, a LE-37M5 SKU with the quad-core, 8-thread Core i5-8400H clocked at 2.4GHz/4.2GHz and a LE-37M7 with the hexa-core, 12-thread Core i7-8850H clocked at 2.6GHz/4.3GHz. A QM370 chipset is present in the SBC, instead of the newer Q370 present on the S-series boards. Just like the earlier Commell SBCs, the LE-37M is available with Windows drivers but can support Linux as mentioned in the manual. The LE-37M is developed for imaging, machine vision, infotainment, medical, and gaming machine applications. 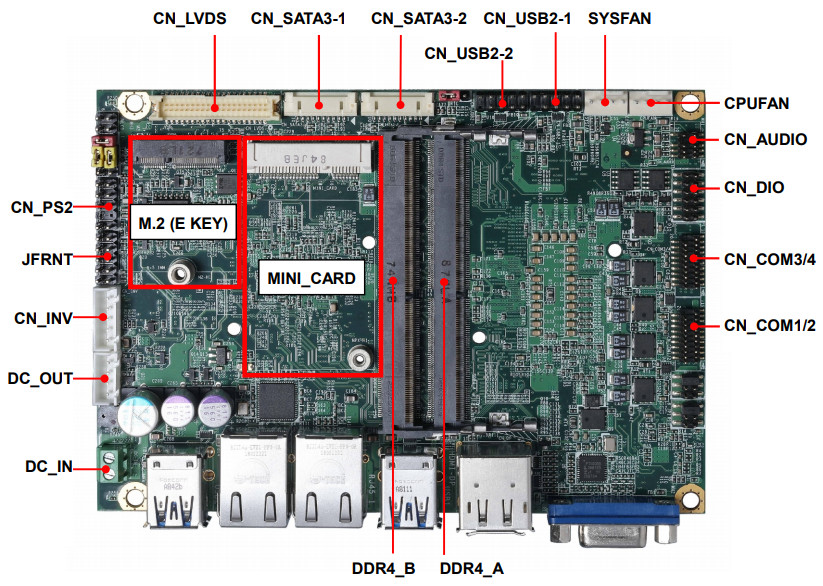 The LE-37M offers twice the RAM as the LS-37L with up to 32GB of dual-channel, 2666MHz DDR4. The LE-37M is also equipped with 2x GbE and 4x USB 3.1 ports, 2x SATA III ports and a mini-PCIe slot with mSATA and PCIe support. The SIM slot has been replaced with an M.2 E-key slot for general-purpose expansion. The LE-37M offers triple display support, but with a slightly different feature set. Instead of a header, there’s a new coastline VGA port in addition to the HDMI port and headers for DVI, LVDS, and an LCD inverter. The LE-37M offers you a choice of Display Port or a second VGA or LVDS header (LS-37MT5 or LS-37MT7 SKUs).

Specifications listed for the LE-37M include:

More information can be found in Commell’s LE-37M announcement and product page.