Skip to content
HomeBlog Hack Your Car With Macchina M2 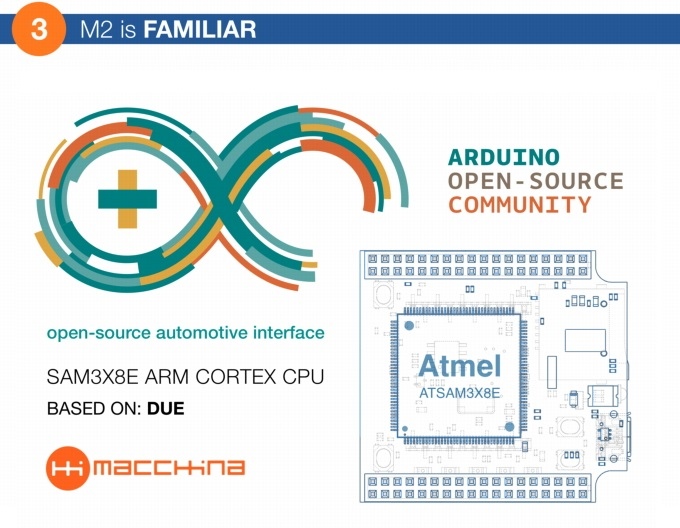 Hack Your Car With Macchina M2

Car hacking applications have been growing during the last few years, making it faster and cheaper to get into automotive tinkering. A new device was launched recently on kickstarter called M2 by Macchina.

M2 is an open-source, versatile development platform which can be wired under the hood for a more permanent installation or plugged into the OBD2 port, enabling you to do virtually anything with your vehicle’s software.

It is a tiny device (56.4mm x 40.6mm x 15.7mm) that is compact, modular, wirelessly connectable, and based on the popular Arduino Due. It consists of a processor board with a SAM3X8E Cortex-M3 MCU, a USB port, some LEDs, an SD card slot, and built-in EEPROM, as well as an interface board with two channels of CAN, two channels of LIN/K-LINE, a J1850 VPW/PWM, and even a single-wire (GMLAN) interface.

M2 is universal as its libraries and protocols are compatible with any car that isn’t older than Google. Macchina also aims to make the M2 compatible with as many existing open source software packages as possible.It is already compatible with SavvyCAN, CanCAT, MetaSploit, and CANtact.

Working with M2 is easy for Arduino users. Here is a summary of the steps needed to duplicate our shift light project on a CANbus-equipped manual transmission car that also illustrates the basic workflow when car hacking with M2:

You can also check this video to see an example of simple car hacking:

Macchina has partnered with Arduino, Digi and Digi-Key to develop M2, and it believes that its highly-adaptable hardware will most benefit hot rodders, mechanics, students, security researchers, and entrepreneurs by providing them access to the inner workings of their rides.

As it is an open source project, you can get its 3D files, schematics, BOM, and source files on the github repository. M2 will be available for $79 and it may cost about $110 if you build it yourself. Visit Macchina’s Kickstarter page to learn more or pre-order yours today. You can also check out Hackaday’s review about M2.