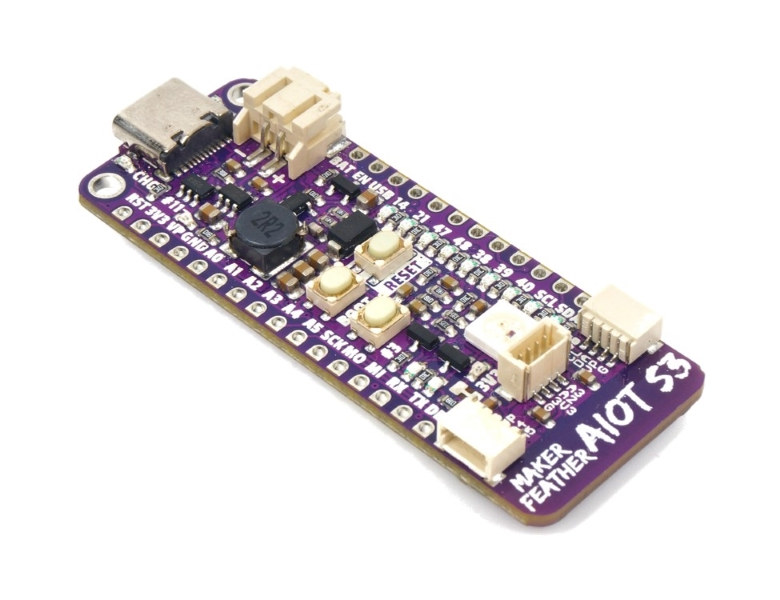 The Cytron Maker Feather AIoT S3 is an ESP32-S3 board that fits the Adafruit Feather form factor. It is good for makers and STEM education because it has LEDs for GPIOs, a buzzer, expansion headers and connectors, and support for CircuitPython and Arduino.

The WiFi and Bluetooth LE IoT board also work with LiPo and Li-Ion batteries. It has a USB Type-C port for power/charging and programming, as well as a few buttons. Thanks to the vector extensions in the ESP32-S3 microcontroller, it can be used for machine learning.

Maker Feather AIoT S3 has a wireless module called Espressif ESP32-S3-WROOM-1-N8R8. It has an ESP32-S3 dual-core LX7 microprocessor with a Vector extension for machine learning, 8MB FLASH, 8MB PSRAM, WiFi 4, and Bluetooth 5 LE/Mesh. Power and programming come from the USB Type-C port. The Expansion has 2x GPIO headers compatible with Adafruit Feather form factor and FeatherWing add-on boards and 3x Maker Ports compatible with Qwiic, STEMMA QT, and Grove (via a conversion cable); 2x are connected to VPeripheral and the other to 3.3V.

Maker Feather AIoT S3 has Reset, BOOT, and User buttons, as well as a Power LED (3.3V), a Power LED (for VPeripheral, which can be turned off if needed), a charging LED, a user LED, LEDs for some of the GPIOs, and a User RGB LED (WS2812B), which is also used as a status indicator for CircuitPython and UF2 Bootloader. It also has a mute switch and a Piezo buzzer. It is powered by 5V through the USB-C port and a 2-pin battery connector for a single-cell LiPo or Li-Ion battery. It can be charged through the USB-C port and has a 3.3V peripheral output that can be turned off with the GPIO D11 pin. The size is 58.4 mm by 22.9 mm. 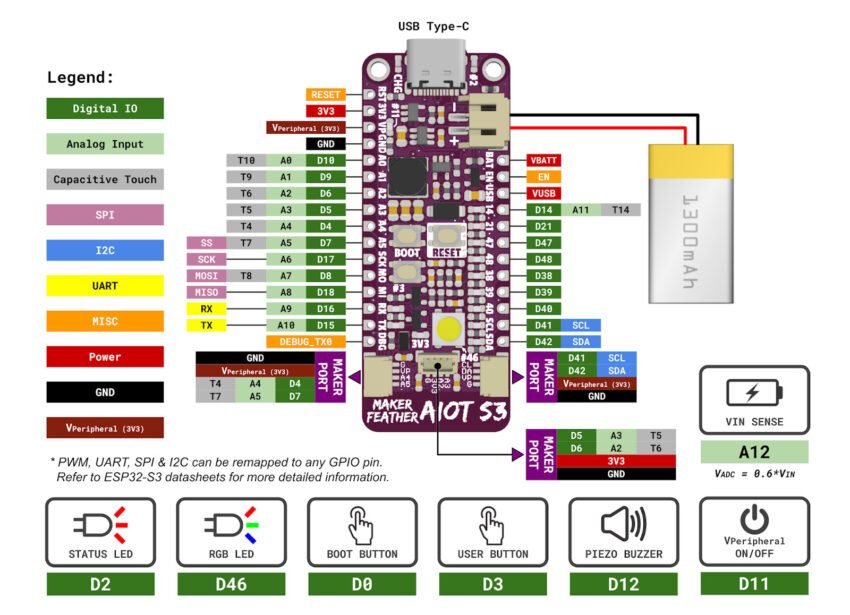 When you press the Reset button twice, you can reset the ESP32-S3 processor or enter UF2 Bootloader mode. The BOOT button lets you use esptool with the ROM Bootloader. Cytron says that the board works with Arduino, CircuitPython, MicroPython, and the Espressif ESP-IDF framework, but it looks like CircuitPython is the main firmware because the official website has a detailed tutorial and a link to download it. A few months ago, the board was also added to the Arduino core for the ESP32. There is also a tutorial with some Arduino sketches. 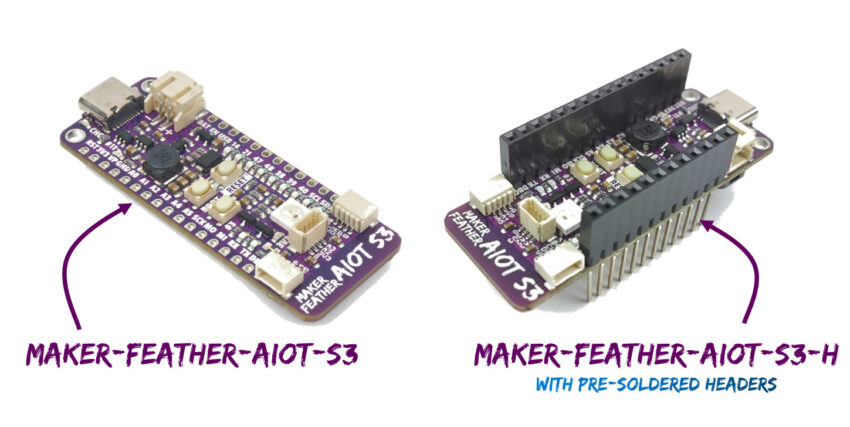 Including three Grove to JST-SH (Qwiic / STEMMA QT) cables, the feather-compatible ESP32-S3 board sells for $19.95 (without headers) and $21.20 (with headers), not including shipping or taxes.