I recently discovered this new board called the EdgeX AI Dev Kit made by German IoT guys MatchX following an hackster post. The specifications of the board look promising, but it also raises some questions as well. According to MatchX, EdgeX AI enables you to build complex data LPWAN or NB-IoT applications, such as videos, images, and speech. EdgeX AI runs artificial intelligence models on edge devices such as sensor nodes.

The MatchX’s MX1941 isn’t the first AI SoM based on the Kendryte K210, and the SIPEED M1 is also a similar SoM based around the RISC-V processor which is deployed to the Grove AI HAT for the Raspberry Pi. The main difference between both SoM is that the MX1941 provides onboard LoRa connectivity.

The Edge AI development kit extends the functionality of the SoM. The development kit provides an outlet for a LiPo battery connector, a couple of three buttons acting as some sort of switches, a USB – C female connector port, comes with an integrated microphone, a camera connector, and also an LCD connector. 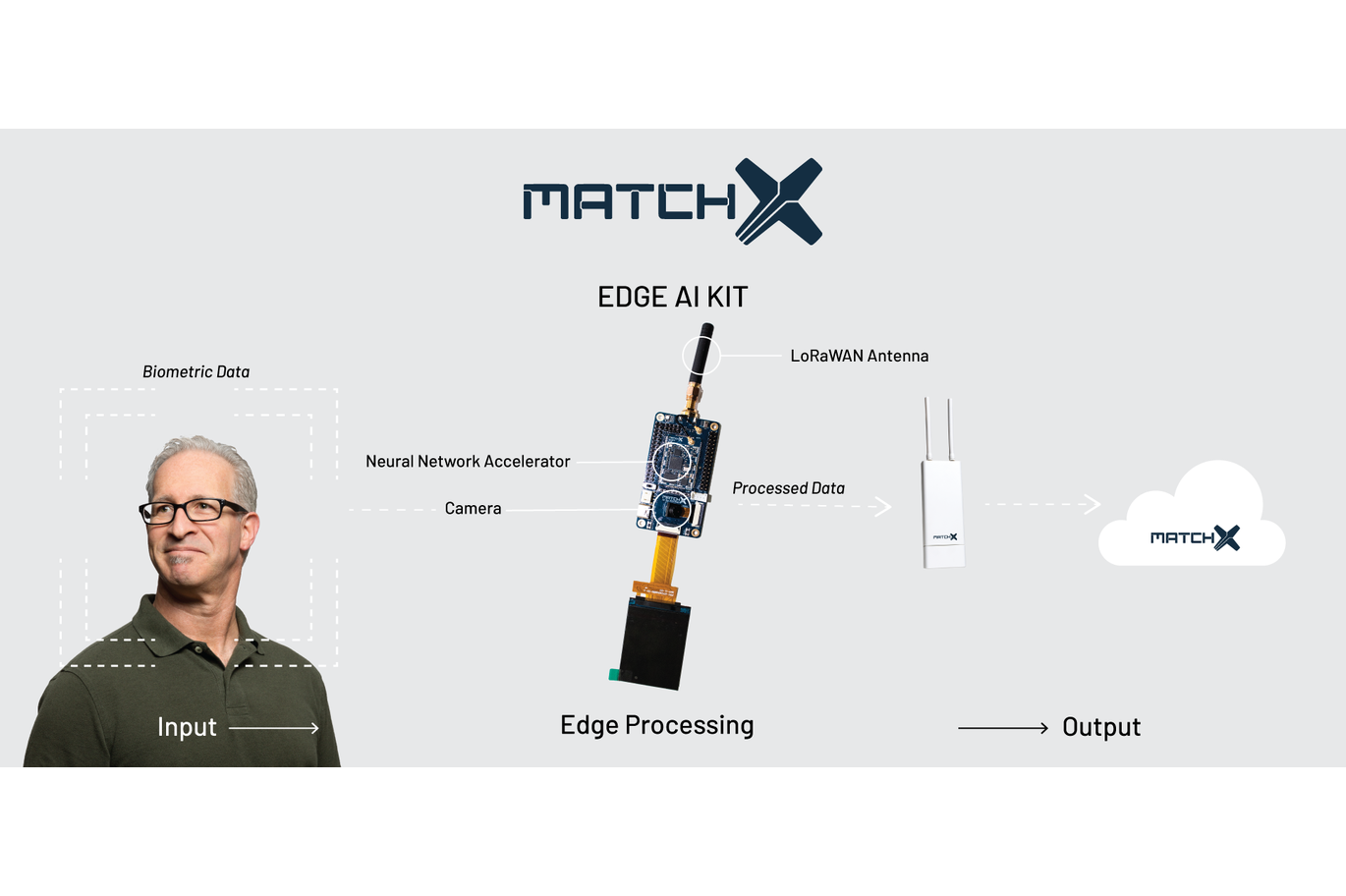 The unique combination of AI module + camera + LoRaWAN + microphone offers new opportunities for the expansion of IoT applications and creates new possibilities in the LPWAN world. For example, a camera installed on a window with an AI module can use deep learning algorithms for detecting free parking spaces in close proximity to your house. The AI module carries out all the computational processes enabling the edge processing of video material. The results are converted into “simple data” that can be sent through the LoRa network energy efficiently over long distances. This is how all the magic happens!

Back to the questions, EdgeX looks promising but is the application target really worth it. The LoRa support means the device is expected to perform full AI analysis directly on edge, and the analysis result is streamed over LoRaWAN, making it unrealistic to use the collected image or audio data for retraining in the future since the image feeds can’t be transmitted over LoRa. Nevertheless, the device has the potential to bring AI closer to the edge.

EdgeX AI kit is available for purchase now pricing at $199 and comes with an integrated microphone, camera, and LCD panel. More information on the kit itself can be found on the MatchX website, and the product is now available to order from their Tindie store.