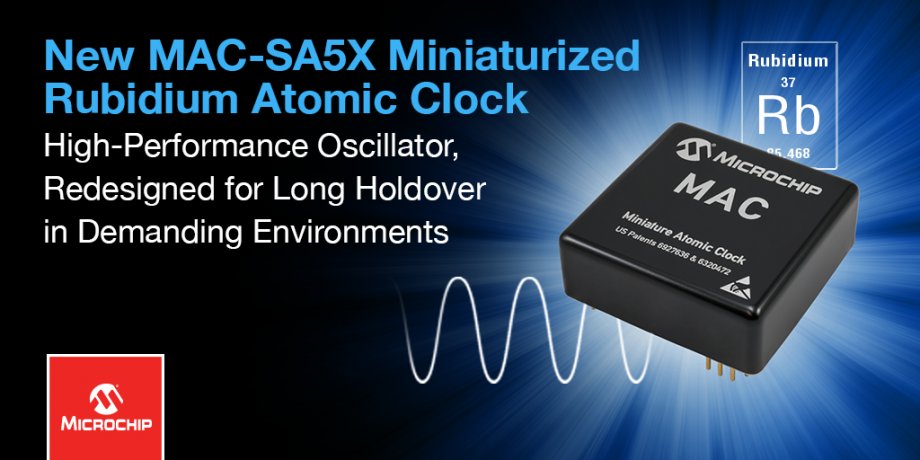 Microchip’s next-generation MAC-SA5X miniaturized rubidium atomic clock produces a stable time and frequency reference that maintains a high degree of synchronization to a reference clock, such as a GNSS-derived signal, despite static g-forces or other factors. Its combination of low monthly drift rate, short-term stability and stability during temperature changes allow the device to maintain precise frequency and timing requirements during extended periods of holdover during GNSS outages or for applications where large rack-mount clocks are not possible. 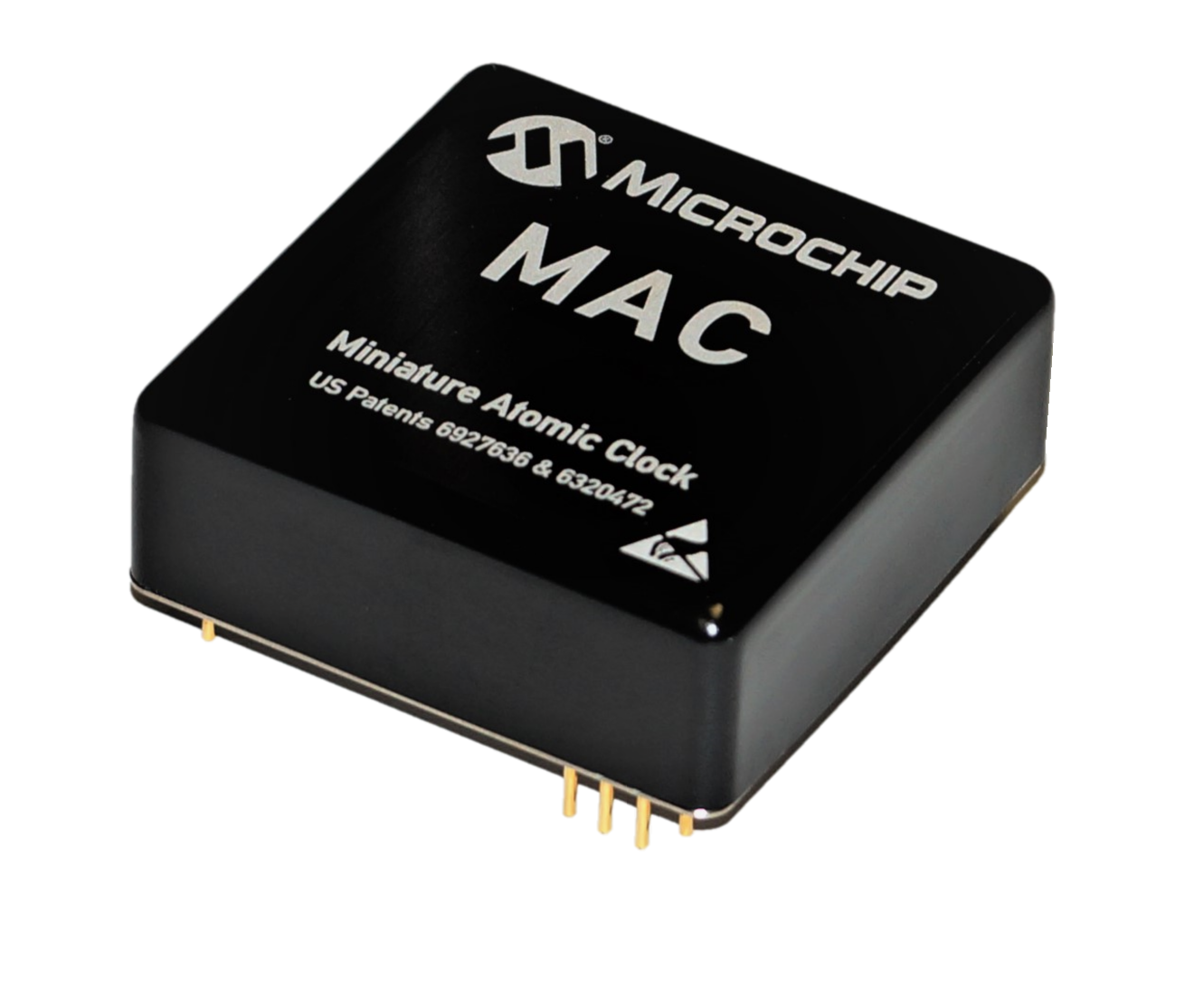 Sharing an identical form factor with the Legacy MAC, measuring only 2 inch by 2 inch and standing less than an inch  – it is five times smaller than traditional lamp-based rubidium oscillators. Its pins allow it to be mounted to PCBA’s.

It has been designed for fast warm-up times in a variety of thermal environments, wider operational temperature range and improved stability performance.

With a max frequency deviation of <5E-11 during large temperature changes, along with improved long-term drift rates, the MAC-SA5X is capable of sub-microsecond holdover for many days in variable environments.