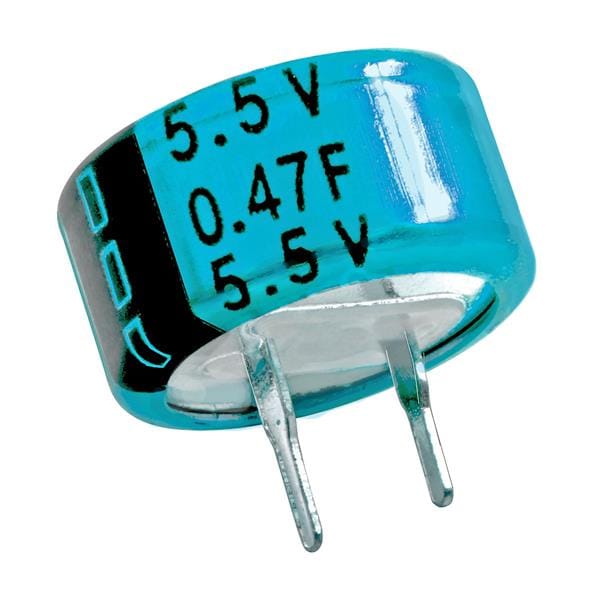 The EDC series offers capacitance values from 0.047 to 1.5 Farad with voltages from 5.5VDC up to 6.3VDC. Supercapacitors can replace or extend battery life in onboard memory backup. With quick-response and recharge times, these supercapacitors offer higher power than batteries and greater energy than typical aluminum electrolytic capacitors without degradation over millions of charge-discharge cycles.