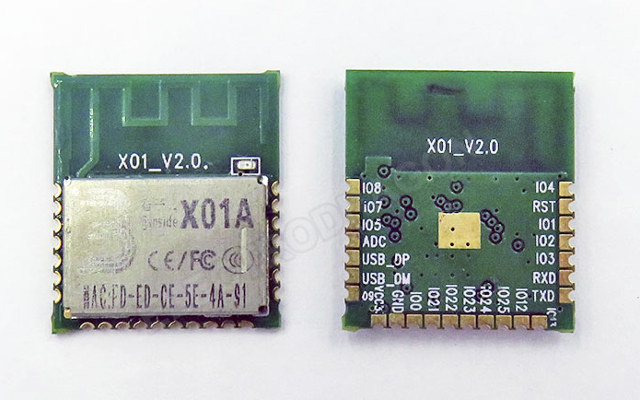 During the annual event of China’s semiconductor industry IC China 2016, RDA Microelectronics announced the RDA5981 during the event with promises of it reducing the size, power consumption, development costs of a smart device.

The RDA5981A is a low power MCU with IEEE802.11b/g/n MAC/PHY/radio integrated into one chip. The RDA5981 is powered by the ARM Cortex M4 plus FPU/MPU core running at 160MHz speed, a high performing processor for that application type. It has up to 288KByte of internal SRAM and additional 160Kbyte SRAM for Wi-Fi stack and flash cache but with only about 192Kbyte available for the user. It has up to 8MB of Flash, 2x ADC with a 10bit resolution, 8x PWM (Pulse Width Modulation), 4x SPI (Serial Peripheral Interface) with a maximum clock frequency of about 20MHz, one I2C, 2x I2S, 2x UART and a total of about 14 GPIO Pins.

Concerned about Security, the RDA5981 has an onboard hardware cryptographic accelerator supporting AES/RSA, and a True Random Number Generator (not the one you use software to generate), and lastly a CRC accelerator for improved performance. It includes an onboard TCP stack which could either support SSL, TLS or even both.

The board can be programming with AT commands or using mBed and the company provides support for FreeRTOS and mbedOS5.1 for the chip. More information about the device specification can be found on the Electrodragon Wiki