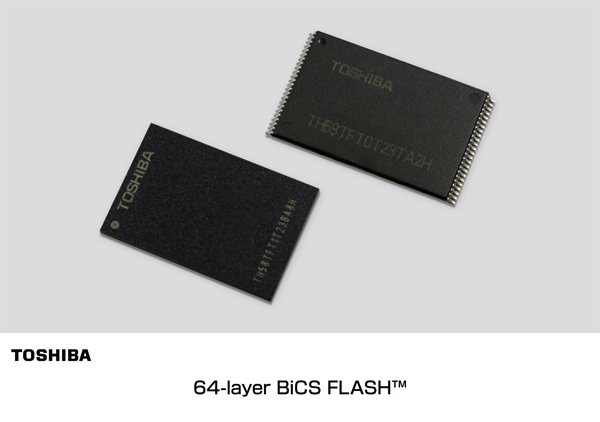 Toshiba will start mass production of 64-layer 3D NAND, BiCS3, with 3-bit-per-cell technology and a 64GB capacity in the first half of 2017. The applications of this new massive storage chip include enterprise and consumer SSD, smartphones, tablets and memory cards. This achievement succeeds the 48-layer BiCS FLASH one.

In the same context, Samsung seems going to start production of 64-layer 3D NAND at the end of this year 2016.