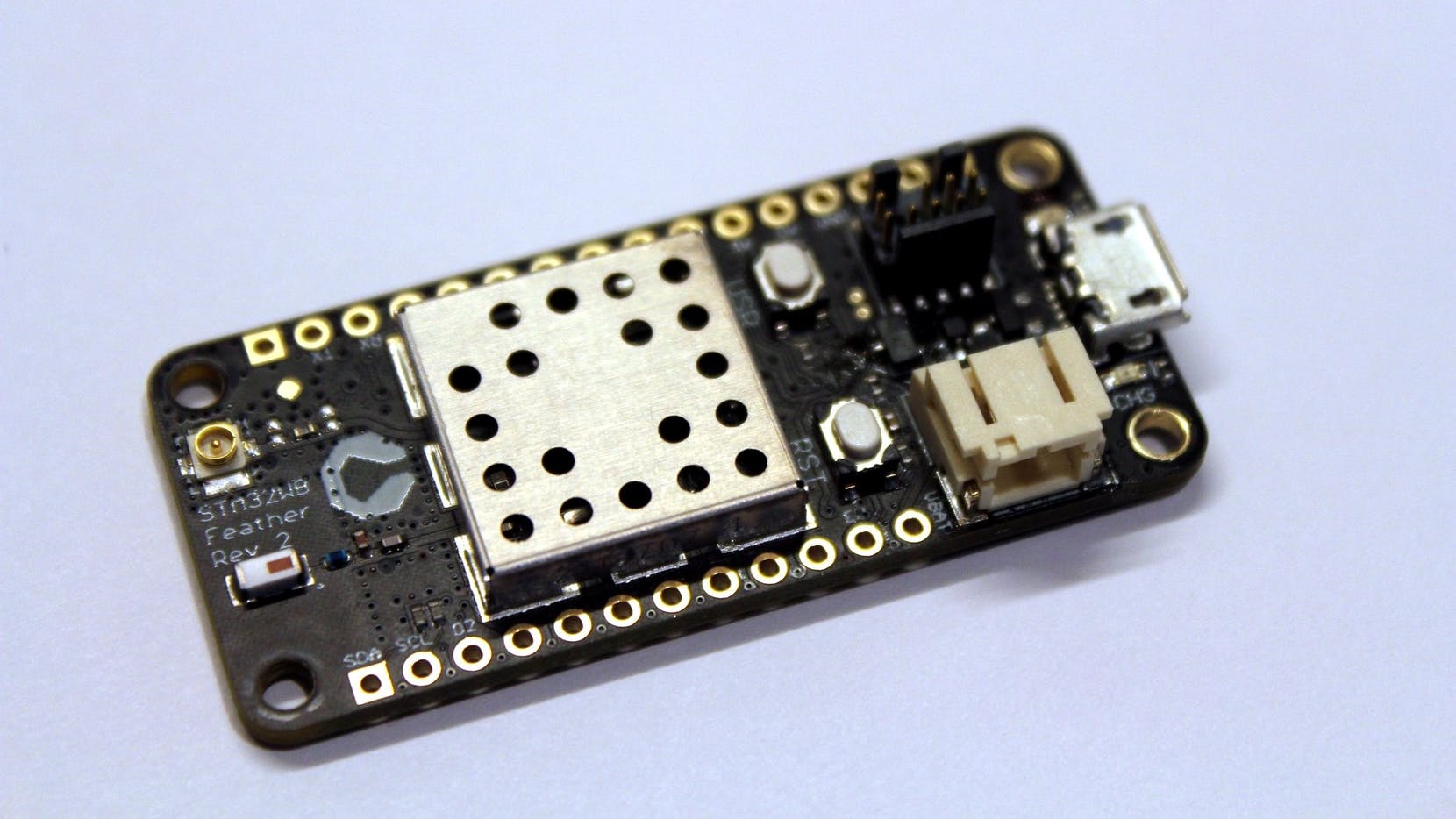 STM32WB Feather Development Board with STM32WB55 Bluetooth 5.0 SoC Sells for $45

Reclaimer Labs has launched an STM32WB Feather development board that is based on STMicro’s first wireless STM32 MCU which was announced sometime around last year.

The STM32WB Feather board like other development boards in the STM32 family of wireless MCUs is built around the STM32WB55CG SoC which includes an 64MHz Arm Cortex‐M4 running as the main processor along with a 32MHz Cortex‐M0+ as a co-processor for Bluetooth.

The STM32WB Feather board in Adafruit feather standard, has an STM32WBCGU6 Bluetooth SoC at its core alongside other wireless and ultra-low-power features. One advantage this new line of IoT SoC has over others is that of size and space. The chipset integrates everything together into a single chip, so there’s no need for separate chips for microcontroller and radio. It can also achieve lower power sleep states thus making the board efficient at low power.

The chipset has 1MB of flash memory that is shared between the main and co-processors, a USB ROM bootloader, and 256kB of SRAM, while the board itself is equipped with an on-board chip antenna that radiates high – frequency electromagnetic waves, a wide variety of I/O, including 6x analog input pins, UART, I2C, and SPI, plus 7x digital GPIO pins.

Here’s a list of some of the features and specifications that the board has: 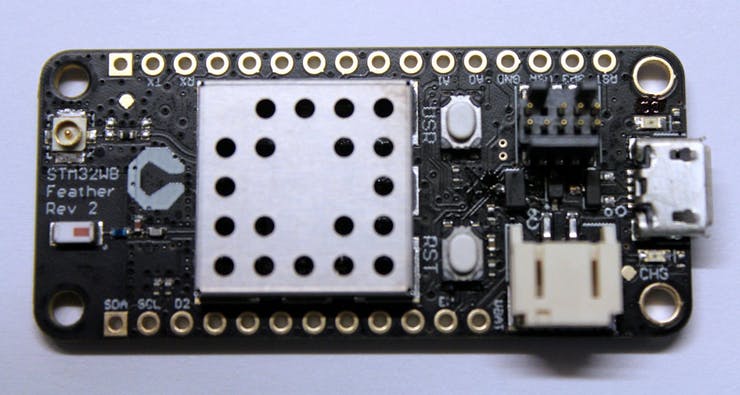 The company has made things easier for users by providing an example project using the STM32CubeIDE, since the STM32WB Feather Board can be programmed with STM32CubeProgrammer.

The board is currently available and sells on Tindle for just $45, in case you’re interested in purchasing one, but further details on it including a full schematic and a link to the code sample can be found on the Reclaimer Labs’ website.