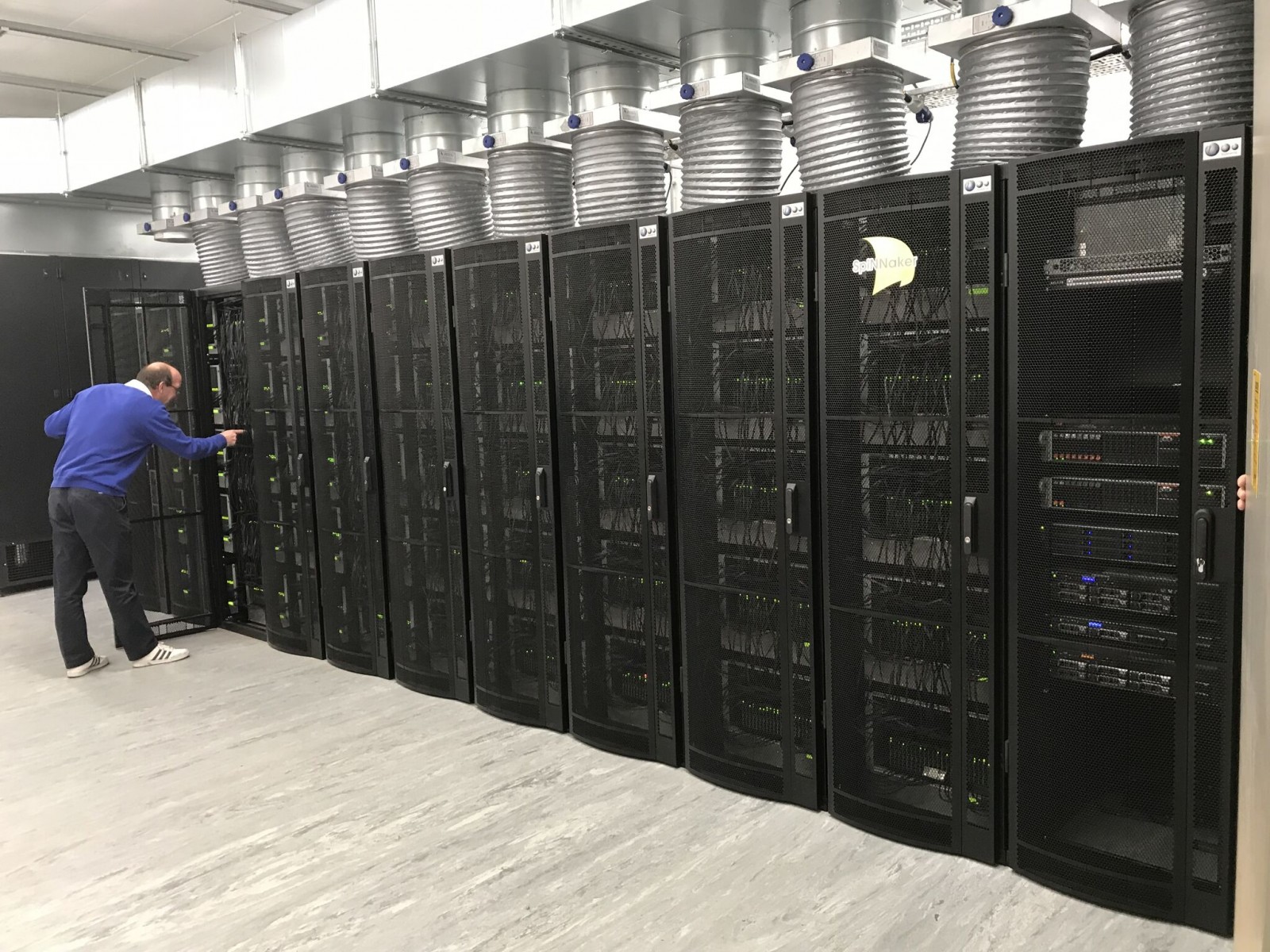 The world’s largest neuromorphic supercomputer built to process information in a similar manner to the natural brain function has finally gone live. The supercomputer is made up of 1,000,000 processor cores which the developers are planning on upgrading to 1,000,000,000 cores in the near future, making the supercomputer a little closer to the number of neurons currently firing up inside our brains. The new SpiNNNaker (Spiking Neural Network Architecture) machine has 1 million processor cores, with each capable of handling more than 200 million actions per second.

The machine is the result of a £15 million investment which funded the 20-year design phase and more than 10-year construction phase. Work on the project began at the University of Manchester’s School of Computer in 2006. The project was originally funded by the EPSRC, but is now supported by the European Human Brain Project. The processing behemoth was finally fired up for the first time this weekend.

The ultimate objective for the project has always been a million cores in a single computer for real time brain modelling applications, and we have now achieved it, which is fantastic.

neuroscientists can now use SpiNNaker to help unlock some of the secrets of how the human brain works by running unprecedentedly large scale simulations. It also works as real-time neural simulator that allows roboticists to design large scale neural networks into mobile robots so they can walk, talk and move with flexibility and low power.

The SpiNNNaker machine models far more biological neurons in real time compared to other computers in the world. Natural neurons are essential for communication between brain cells and this is achieved by emitting electrical ‘spikes’. The neuromorphic computer uses powerful computer systems to imitate these spikes. Compared to a PC, SpiNNNaker does not pass large amounts of information serially. Instead, it stimulates the brain’s massively parallel communication structure. Billions of little pieces of information are simultaneously transmitted to thousands of different locations. This structure is meant to enable it to function more like a biological brain than a conventional computer could.

The research team hopes to eventually model up to one billion neurons in real time. By comparison, a mouse has a brain containing around 100 million neurons, and our brain is about 1000 times larger. One billion neurons are about 1% of the neurons inside our head, and these 100 billion neurons are connected via 1 quadrillion (10^15) synapses. The new computer with its millions of cores should enable neuroscientists to get a better understanding of how our brain functions because it enables extremely large real-time simulations that simply overload conventional machines.