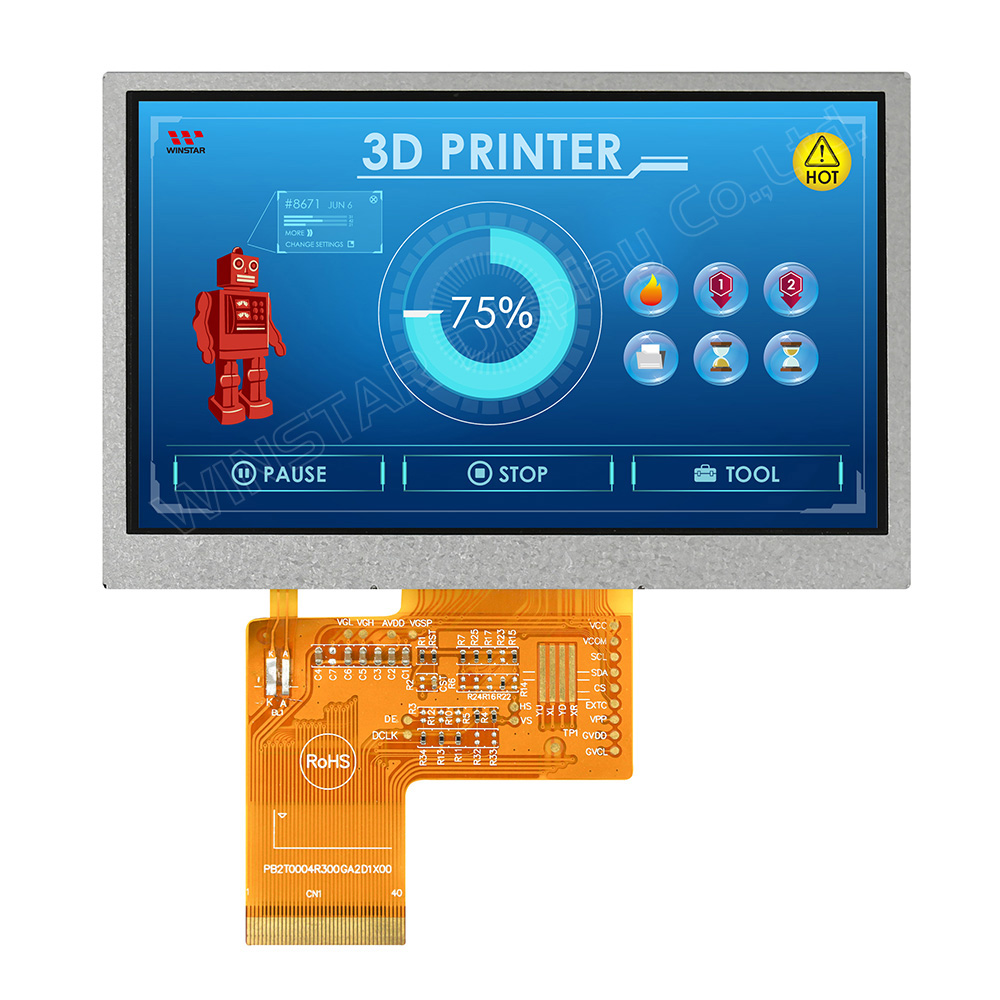 There are  a lot of different LCD display interfaces depending on the requirements of resolutions, speed, cost, stability etc.  The following outlines the common ones on the market:

Parallel interface could transmit many data bits at the same time depending on the data bits width.

Disadvantage is that controlling LCD is more complex, and requires more data wires than MCU interface.

Aimed at reducing the cost of display controllers in a mobile device. It is commonly targeted at LCD and similar display technologies. It defines a serial bus and a communication protocol between the host (source of the image data) and the device (destination of the image data)

MIPI Interface is getting more and more popular.

DisplayPort (DP) is a digital display interface developed by a consortium of PC and chip manufacturers and standardized by the Video Electronics Standards Association (VESA). The interface is primarily used to connect a video source to a display device such as a computer monitor, and it can also carry audio, USB, and other forms of data.

DisplayPort was designed to replace VGA, DVI, and FPD-Link. The interface is backward compatible with other interfaces, such as HDMI and DVI, through the use of either active or passive adapters. It is mostly used for larger size and higher resolution displays. 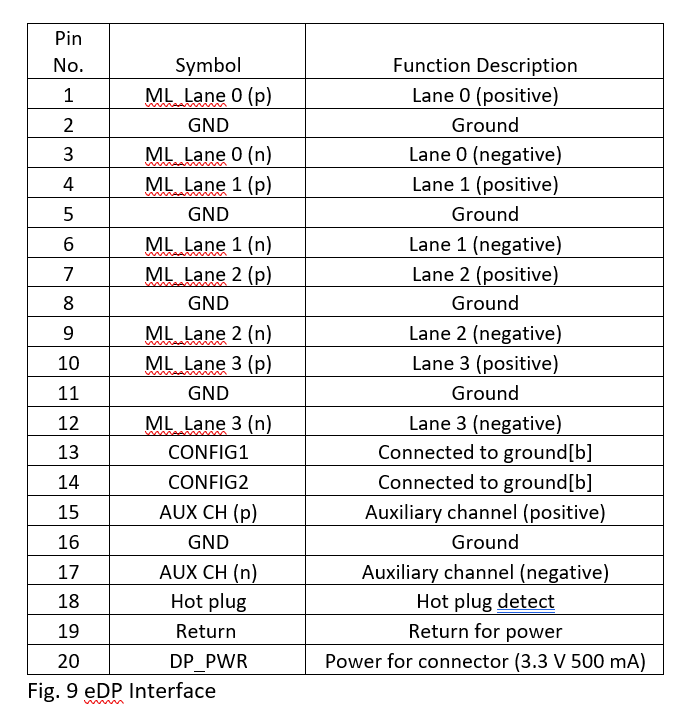 A universal asynchronous receiver/transmitter (UART) is a block of circuitry responsible for implementing serial communication. Essentially, the UART acts as an intermediary between parallel and serial interfaces. On one end of the UART is a bus of eight-or-so data lines (plus some control pins), on the other is the two serial wires – RX and TX.

RS-232, when compared to later interfaces such as RS-422, RS-485 and Ethernet, has lower transmission speed, short maximum cable length, large voltage swing, large standard connectors, no multi point capability and limited multi drop capability. In modern personal computers, USB has displaced RS-232 from most of its peripheral interface roles. Few computers come equipped with RS-232 ports today, so one must use either an external USB-to-RS-232 converter or an internal expansion card with one or more serial ports to connect to RS-232 peripherals. Nevertheless, thanks to their simplicity and past ubiquity, RS-232 interfaces are still used—particularly in industrial machines, networking equipment, and scientific instruments where a short-range, point-to-point, low-speed wired data connection is fully adequate.

A Universal Serial Bus (USB) is a common interface that enables communication between devices and a host controller such as a personal computer (PC). It connects peripheral devices such as digital cameras, mice, keyboards, printers, scanners, media devices, external hard drives and flash drives. There have been four generations of USB specifications: USB 1.x, USB 2.0, USB 3.x and USB4.

It is widely used in capacitive touch panel connections.

Some of the interfaces are interchangeable. For further information, please consult Orient Display technical support team.

This article is an original piece of content written by Bill Cheung, a marketing manager who has an engineering and technical support background at Orient Display. We are a LCD and display technology provider with over two decades of industry experience in delivering cutting edge display solutions. Please browse our knowledge base if you would like to learn more about LCDs!

Nice Explanation Interesting read very helpful for me keep posting like this thanks !!