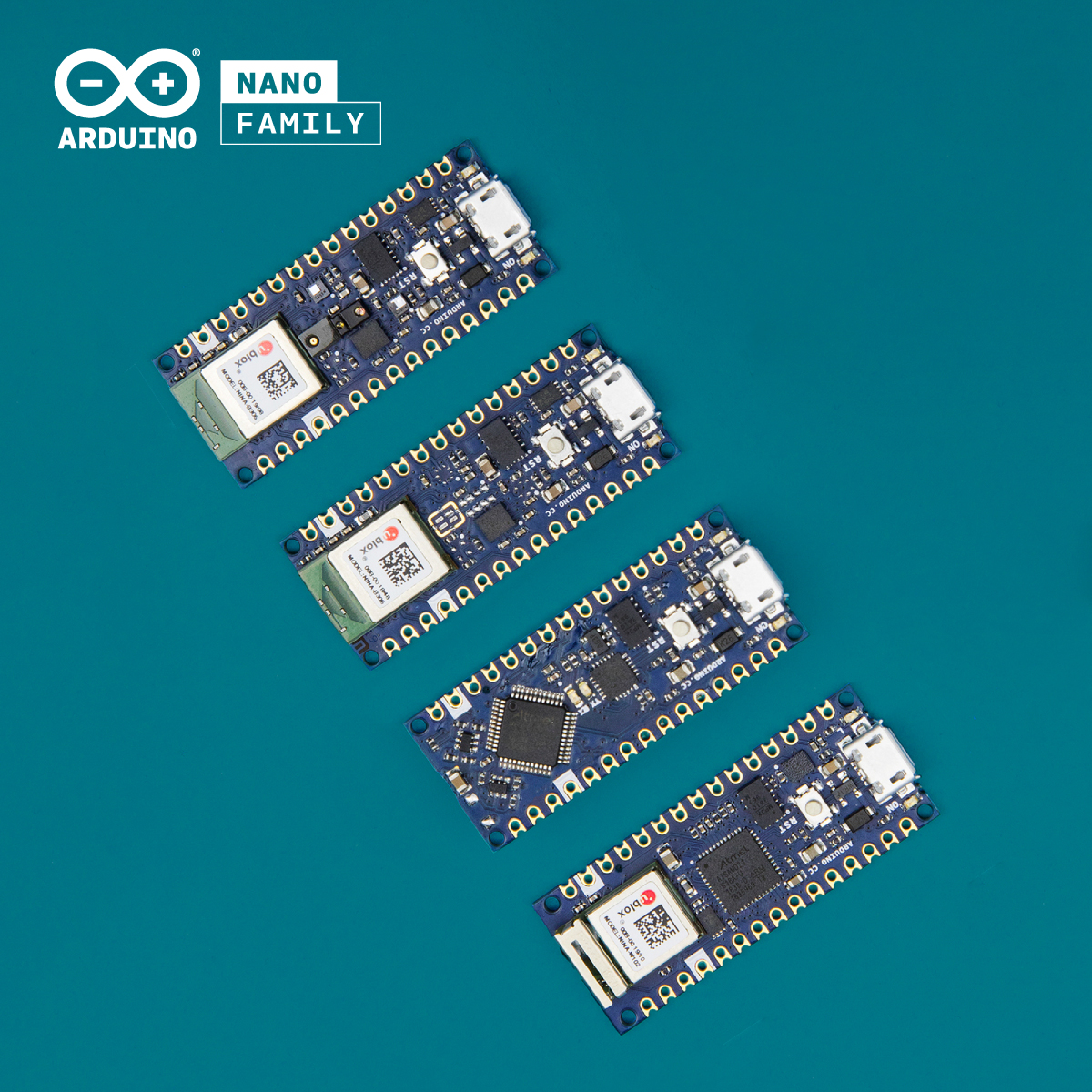 Arduino has begun pre-orders for four new 45 x 18mm Nano form-factor boards. They include a $10 “Arduino Nano Every” model, a faster “WiFi/BT-enabled IoT” model, and two BLE boards. The Arduino Nano Every Substitutes the ATmega328P-based Arduino Uno-like Nano 3, equipped with ATMega4809, which is more powerful, and energy-efficient, and previously present in Arduino boards like the Arduino Uno WiFi Rev 2. The Nano Every features a 25 percent higher clock speed, 50 percent more flash, and 3x times the SRAM of the Nano 3.

The Nano Every integrates the USB-to-serial chip, which enables advanced users with some additional hacking options. Hackaday, reports that the board “turns up with 21V input into the 5V regulator, with the added advantage of sourcing up to 1 A for external components through the 5 V pin on one of the headers.” This enables a hacker to “choose to inject their unregulated power through the Vin line, or the USB header.” The three 32-bit Nano 33 boards all run at 3.3V. The $18 to $20 Nano 33 IoT enables the SAMA21 MCU and ESP32-based U-blox NINA-W102 WiFi (802.11b/g/n) and Bluetooth 4.2 module.

The four Nano boards are listed with pricing (with or without headers):

Shipments will begin in mid-June for the Arduino Nano Every, and also the higher-end, WiFi-enabled Nano 33 IoT. The shipping date is slated for mid-July for the Bluetooth-equipped Nano 33 BLE and Nano 33 BLE Sense wearable modules.