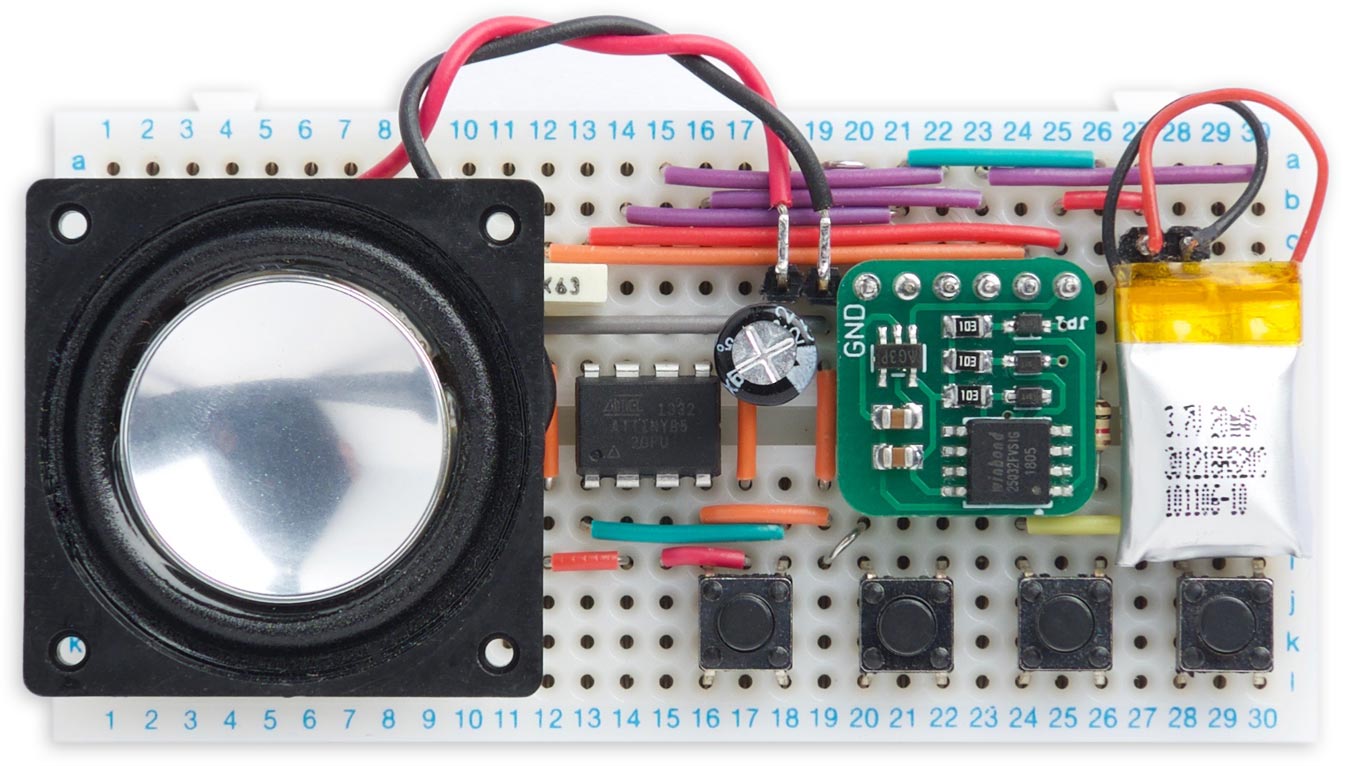 While the ATtiny series of microcontrollers have been around for a long time, their popularity until recently was low. DIY enthusiasts and Professional designers now use them in diverse projects, most of which, in the past, would have featured an Arduino or a bigger MCU like the Atmega328p. One of such amazing project is this simple but super-useful audio player who’s build process is published on technoloblogy.

The Audio player is based on an ATtiny85 and is able to play one of four audio samples from a DataFlash chip at the press of a button. It is an upgrade to an earlier project which played audio samples from the ATtiny85’s limited memory and output it to a loudspeaker.

The project uses a 4Mbyte DataFlash (W2Q32) chip available for around 20 pence/cents each AliExpress or eBay. The ATtiny85 reads the audio from the DataFlash chip and plays it through a loudspeaker, giving a maximum sample length of a total of 8 minutes and 44 seconds at a sample rate of 8kHz.

The entire project is powered by a 3.7V Lipo cell, as such, the DataFlash chip is disabled, and the ATtiny85 is put in Power Down mode when no audio is being played to save power.  The pushbuttons are connected to I/O pins on the ATtiny85, and the devices use pin-change interrupts to wake up the ATtiny85 and select the appropriate sample when the buttons are pressed.

The current setup allows users to play four different samples by pressing the corresponding buttons and one major advancement will be to programmatically use the buttons to loop through the samples rather than one button to play a tune. This will allow users to load as many audios as possible on the device.

The project is totally open-source and all design files including schematics, code, and a build guide, are available on the project’s page on technoblogy.