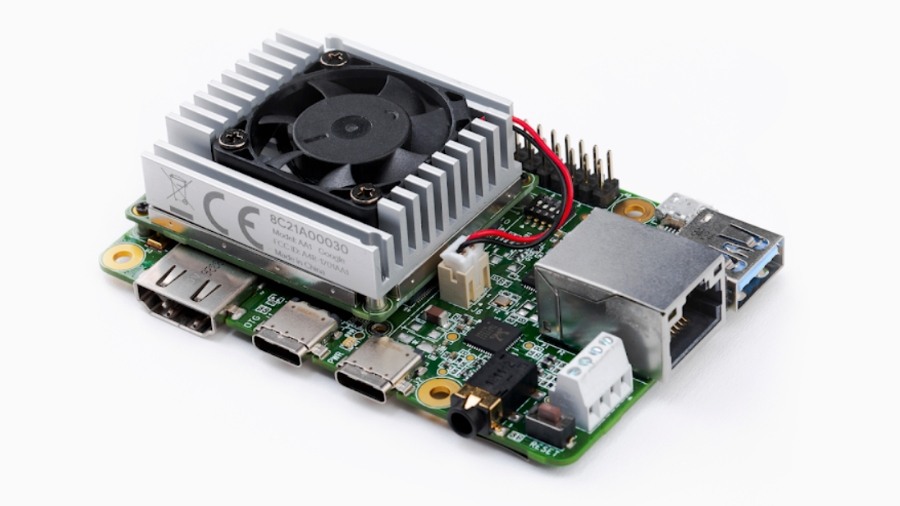 Single board computers are not a new wonder anymore and the market has already experienced so many different devices based on numerous SoC and SOM. So, why should we be excited this time about the launch of a  $150 “Coral Dev Board”? Well, there are multiple reasons – but the most important one is, the Coral Dev Board is manufactured by Google – a relatively new player in the consumer market of SBC and i.MX8M dev boards. Also, the dev board along with a USB accelerator stick is built around Google’s Edge TPU, their purpose-built ASIC designed to run machine learning inference at the edge.

So, what is the Edge TPU? The Edge TPU is a small ASIC designed and built by Google that provides high-performance ML inferencing with a low power cost. For example, it can execute state-of-the-art mobile vision models such as MobileNet v2 at 100+ fps, in a power efficient manner. This allows you to add fast ML inferencing to your embedded AI devices in a power-efficient and privacy-preserving way. For more information on this ASIC, check out googles official documentation.

The NXP i.MX8m based Coral Dev Board appears to be an open-spec design. It would join other open-spec i.MX8M SBCs such as the HummingBoard Pulse. Like SolidRun’s Pulse, the Coral is a sandwich-style board with a removable computer module. The big difference from the expanding field of i.MX8M boards are that the Coral SOM module integrates Google’s Edge TPU neural network co-processor.

The Edge TPU is a stripped-down version of Google’s TPU Unit designed to run TensorFlow Lite ML models on Arm Linux based IoT gateways running on boards like the Coral. The gateways connect to Google Cloud services that are optimized with full-strength Cloud TPU chips to work together via Google’s new Cloud IoT Edge framework. Edge TPU enables concurrent execution of multiple AI models per frame on a high-resolution video at 30fps. 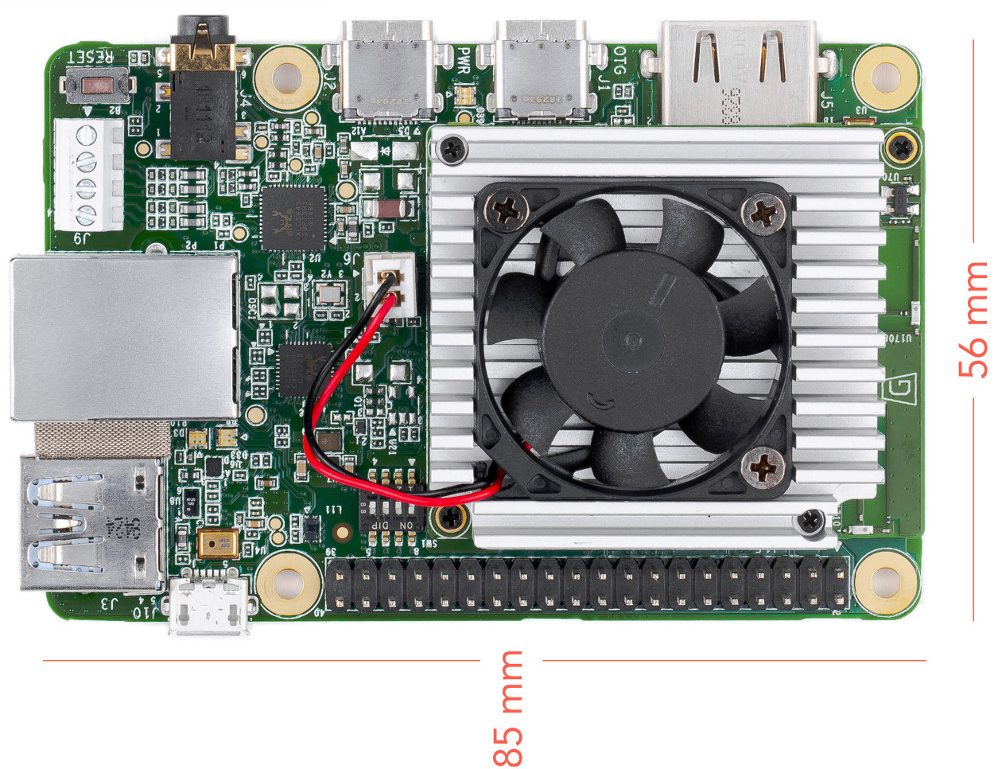 The Coral Dev Board is a single-board computer with a removable system-on-module (SOM) that contains SOC, eMMC, wireless radios, and Google’s Edge TPU. It’s perfect for IoT devices and other embedded systems that demand fast on-device ML inferencing. The board has a layout that’s somewhat similar to the Raspberry Pi. It offers a 40-pin GPIO connector just like raspberry pi. The Coral SOM connects to the baseboard with 3x 100-pin connectors. The Coral board is equipped with a microSD slot, as well as GbE, USB 3.0 host, USB Type-C OTG, USB Type-C 5V power, and micro-USB 2.0 serial console ports. Media I/O includes a full-size, 4Kp60-ready HDMI 2.0a port and 4-lane MIPI-DSI and CSI interfaces via FFC connectors. It also features a good old 3.5mm audio jack.

The Coral Dev Board is a single-board computer with a removable system-on-module (SOM) that contains SOC, eMMC, wireless radios, and Google’s Edge TPU. It’s perfect for IoT devices and other embedded systems that demand fast on-device ML inferencing.

Google also unveils Coral USB Accelerator and PCIe Accelerator. The USB Accelerator is a plug-in USB stick that brings powerful ML inferencing capabilities to existing Linux systems. With the Edge TPU connected over USB 3.0 interface, it allows for quick prototyping of local AI applications. The USB accelerator can boost inference on any Linux machine, while the dev board’s array of pins and ports make it perfect for prototyping hardware and other experimental applications. The 65 x 30 mm² USB Accelerator can even work with a Raspberry Pi board, although only at USB 2.0 speeds. The stick computer is built around a 32-bit, 32MHz Cortex-M0+ chip with 16KB of flash and 2KB of RAM.

The Coral USB Accelerator is a plug-in USB stick that brings powerful ML inferencing capabilities to existing Linux systems. With the Edge TPU connected over USB 3.0 interface, it allows for quick prototyping of local AI applications.

The development board is accompanied by the Coral Camera – built around a 5 megapixel (2582×1933 pixel) Omnivision OV5645 sensor. The camera is connected to the board using the CSI interface. The 25 x 25mm camera looks like below:

Now, let’s list the important specifications of the Coral Dev Board:

The Coral Dev Board with Coral SOM is available for $150 at Google and Mouser, but currently only via phone orders. It should start shipping to early buyers within the week. The same schedule likely pertains to the $75 USB Accelerator. The Coral SOM and PCI-E Accelerator will be available later this year, with pricing undisclosed. More information on all these products may be found on Google’s Coral Beta website.