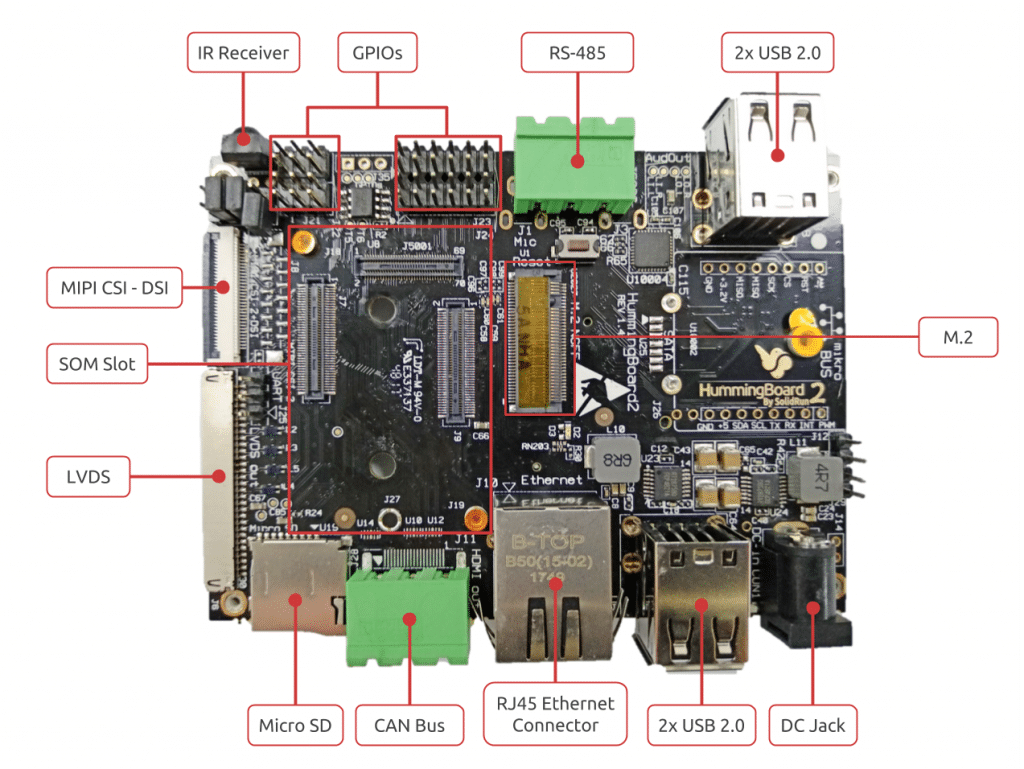 The sandwich-style board, which ships with a regular enclosure, has the same 102 x 69mm footprint of the Edge and the HummingBoard-Gate and ships with open schematics. In their website, they represented this industrial SBC as a powerful carrier board for a range of interchangeable i.MX6 based SOMs, developed for the demanding industrial automation market to offer robust features for the smart production floor of tomorrow. CAN bus (Controller Area Network) is a standard connector originally developed for the automotive industry. It offers a rugged connectivity option for designing a physical network in a harsh environment and has been used in a variety of sectors for a range of applications from vehicle engines to aviation, medical, smart building, or even robotics.

The HummingBoard CBi SBC/mini-PC runs Linux on the same NXP i.MX6 equipped MicroSOM modules with dual-or quad-core 1.2GHz Cortex-A9 cores. (A single-core Solo model is listed in the specs, but not yet available.) Debian, Yocto Project, BuildRoot, and OpenWrt stacks are available with a Linux 4.4x kernel, and Android support is in the works. It offers up to 2GB memory, USB 2.0 ports, Mini PCIe, M.2 and even a SIM card slot, all on a compact (102mm X 69mm) ARM-based and energy efficient industrial single board computer. Other features include the usual bandwidth-limited GbE port, 4x USB 2.0 ports, 8GB eMMC, and a microSD slot. Although it’s not listed on the product page, the shopping page says the board provides a WiFi/Bluetooth module.

The key specifications are: