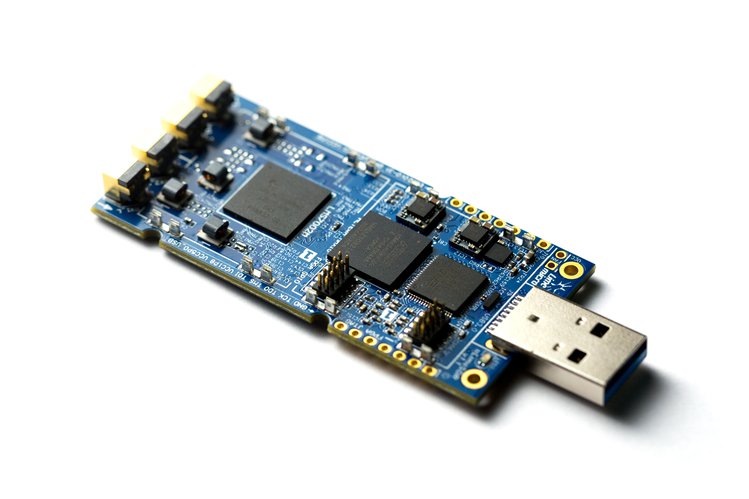 An open, full-duplex, USB stick radio for femtocells and more.

The LimeSDR and LimeSDR Mini are members of the same family of software-defined radios. One does not replace the other. Rather, they are complementary.

Simply put, the LimeSDR Mini is a smaller, less expensive version of the original LimeSDR. However, it still packs a punch – at its core, the LimeSDR Mini uses the same LMS7002M radio transceiver as its big sibling. The Mini has two channels instead of four, and, by popular demand, SMA connectors instead of micro U.FL connectors. Check out the comparison table below for more details.