Skip to content
HomeBlog Meet LoraPaper, A Weather Station That Runs On No Batteries! 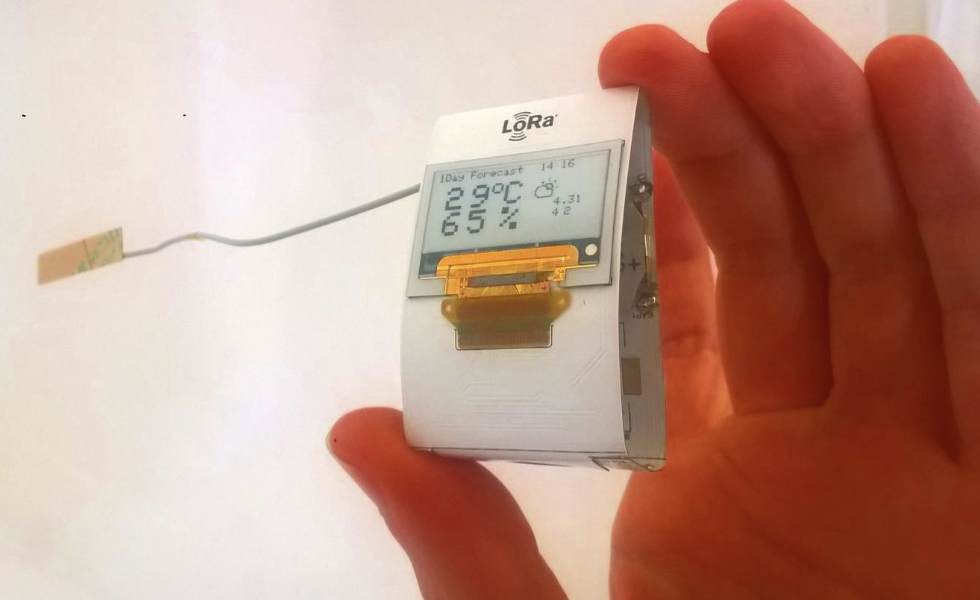 Meet LoraPaper, A Weather Station That Runs On No Batteries!

Whenever we have projects that require displaying human-readable information, we typically go with LEDs or different gadgets that draw lots of juice from the available power supply. Sometimes, this is fine, yet on the off chance that your power options are quite constrained, or you need something to be shown for quite a while, this can be fairly wasteful.

This is why Electronic-Paper displays (EPDs or simply ePaper) like those used on Amazon’s Kindle, are becoming quite a trend in applications because of their ability to hold static text and images indefinitely without electricity, hence, power is only required while updating the display with new information, otherwise, there won’t be any power consumption.

Robert Poser, passionate about ePaper displays and the famous creator of Paperino ( an easy-to-use, micro ePaper shield for the Particle & Arduino) has created LoraPaper, a LoraWan-connected ePaper display powered by only ambient light – this implies no batteries, at all, as it is entirely solar-powered through a PV cell on its back that constantly keeps an AEM10941 supercapacitor charged. Therefore, it runs autonomously when attached to the window or close to it. 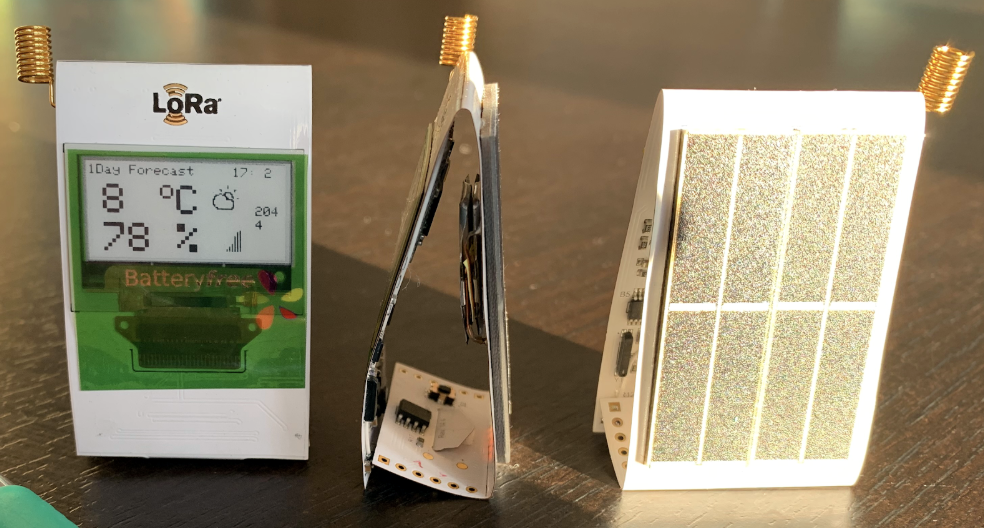 During the recently concluded The Things Conference, Robert showcased a 2.1-inch display version of the device (An upgraded version from the original 1.1-inch display) with a flexible lowlight PV cell on its backside. He noted that he is currently working on enabling support of external SPI flash for loading/saving images.

Depending on several conditions and the image content. It takes on average roughly 4mA at 3.3V for ~300ms to transition display, that is when the device connects to the web via The Things Network (TTN). 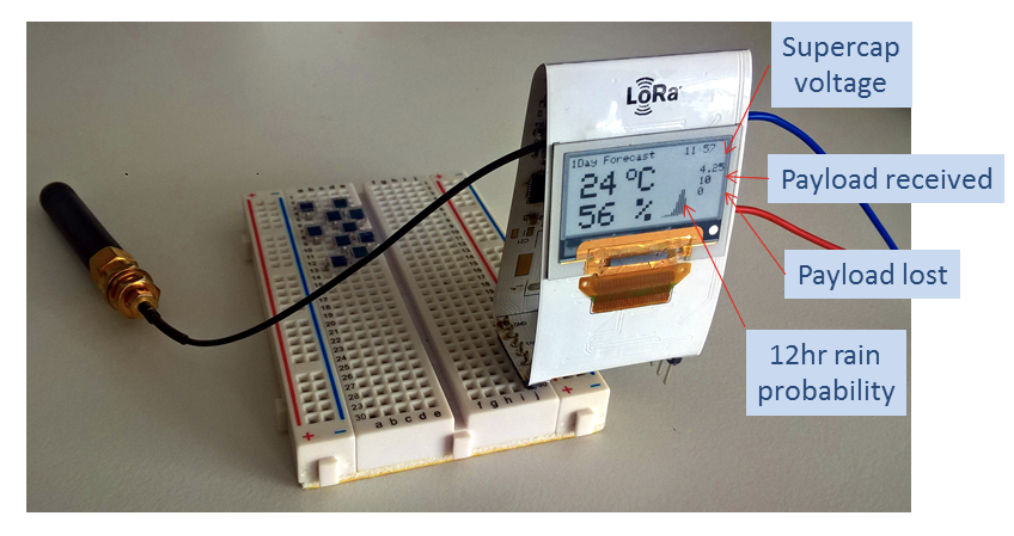 The LoraPaper is based on the Atmega328p microcontroller and as such, can be programmed with the Arduino IDE with help from it’s Arduino library which accounts for the slower clock speed nature of the LoRaPaper.

An FTTI programmer will be needed to program the LoraPaper through the pins exposed on the bottom side.

More information on the project along with the datasheet, schematics, and examples for LoraPaper can be found on it’s Github project page.