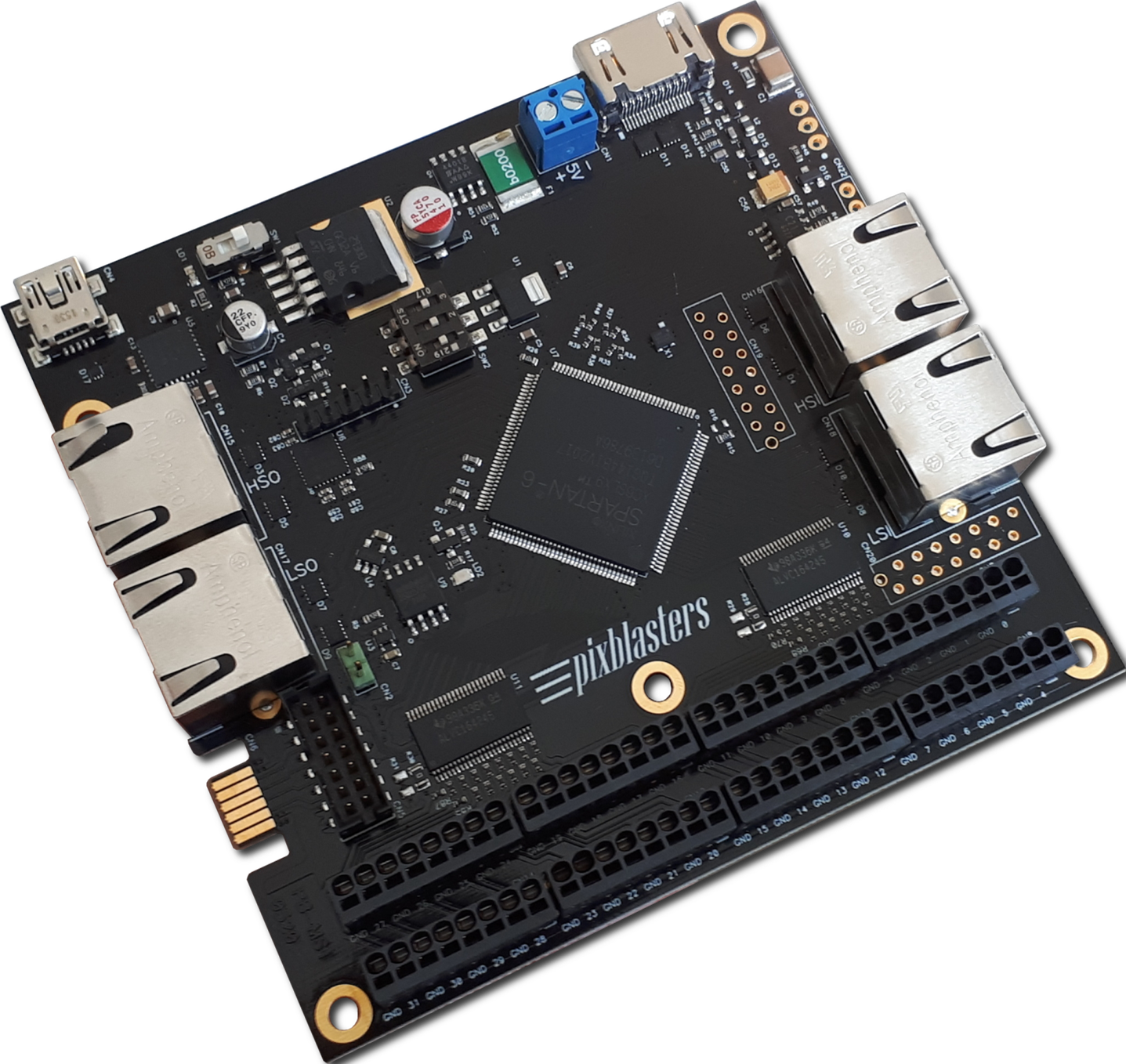 The latest Pixblasters firmware now includes full support for video control of 4-wire RGB LEDs with separated DATA and CLK digital inputs, such as APA102, HD107, SK9822, and others. When used in this control mode, the Pixblasters MS1 Video LED Controller supports 16 outputs, each driving 1,024 RGB LEDs, for a total of 16,384 LEDs controlled by a single controller. Video installations with more than 16,384 LEDs can be synchronously controlled by multiple and chained Pixblasters MS1 controllers. 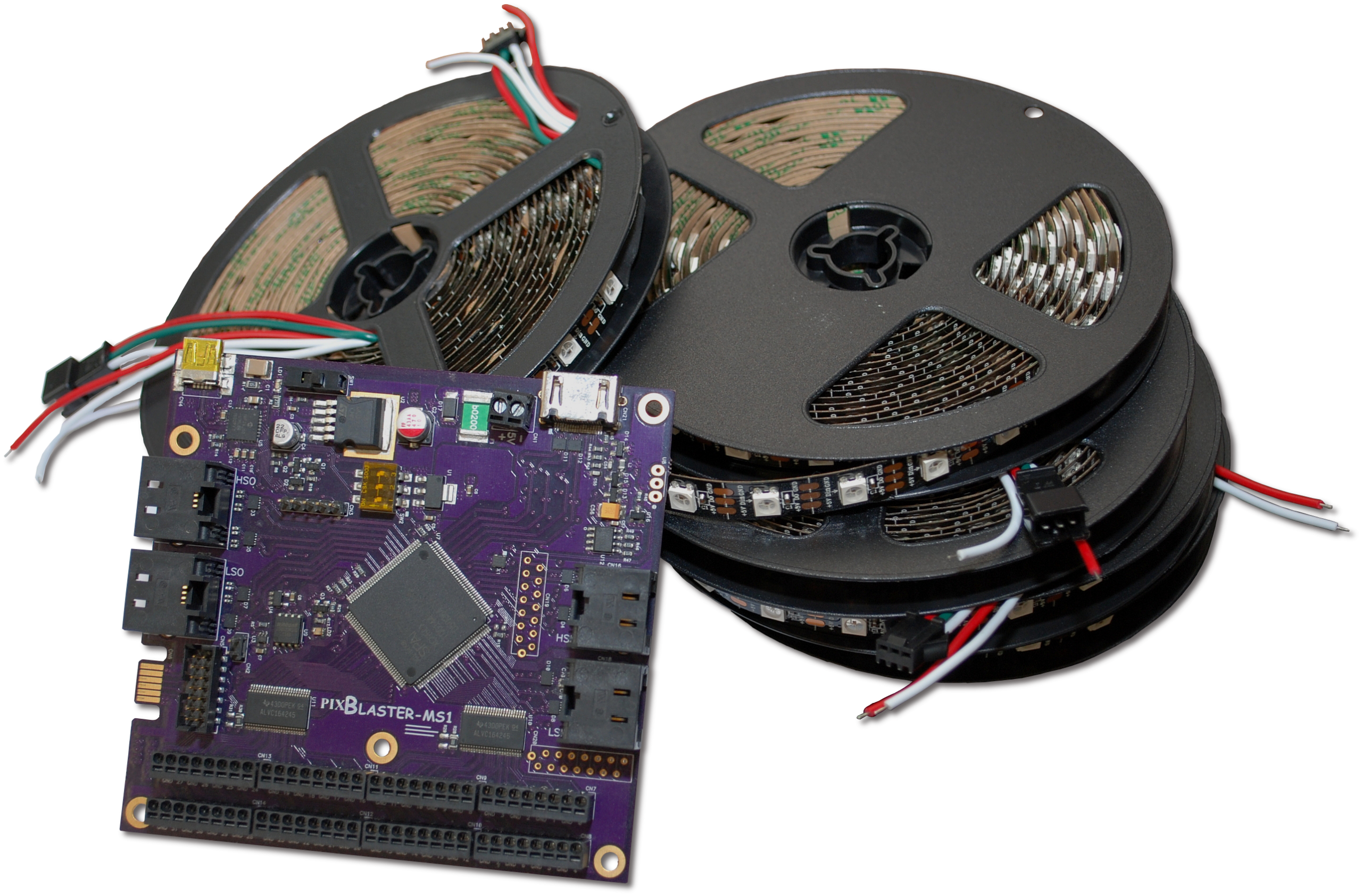 Mirroring and padding functions are fully implemented. The mirroring function enables compact video LED installations with minimized cabling, e.g. two controllers placed centrally and side-by-side may control a 30 meter (~98 ft) long 30 mm pixel pitch LED ticker with all data cabling not longer than 0.5 meters. The padding function shifts the video image by a couple of pixels and enables outdoor LED strips to be taken out of a weatherproof control cabinet with no loss of first video pixel columns.

A new firmware update is applicable to all Pixblasters MS1 Video LED Controller boards currently deployed in the field. The firmware update procedure is simple and takes no more than a couple of minutes to complete.

The complete procedure is also demonstrated by a short video clip