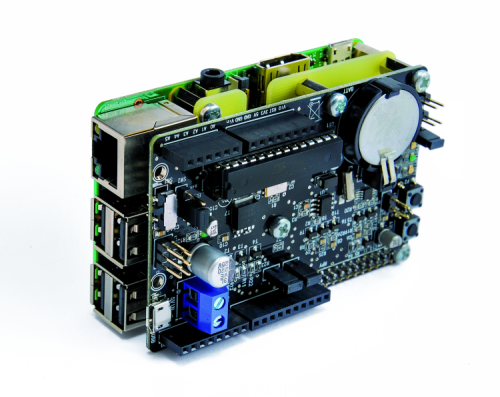 Two years ago, open electronics had produced “RandA“, an Atmega328-based board for Raspberry Pi to deliver the advantages of both, Raspberry Pi and Arduino. Earlier this month, an updated version of RandA has been released to be compatible with Raspberry Pi 3.

RandA is a development board that leverages the hardware equipment and the computing power of Arduino with its shields, and the enormous potential of the Raspberry Pi. It features Atmega328 microcontroller, has RTC (Real Time Clock) module, power button and sleep timer, connectors for 5 volts and connectors for mounting Arduino shield.

Combining these two platforms is a way to exploit specific characteristics of both. Raspberry Pi could use Arduino as configurable device, and Arduino might work as a controller for Raspberry Pi allowing access to complex environments like the network, allowing complex processing or access to multimedia.

RandA was created at first for Raspberry Pi 2 and B+, using the first 20 pins to connect them, the serial port for programming the Atmega328 and for communication with Raspberry Pi. With the enhancements that come with the third version of Raspberry Pi, such as upgrading CPU to a quad-core 64 bit ARMv8 clocked at 1.2 GHz and adding WiFi and Bluetooth transceivers, there were some structure modifications that require updating the RandA. 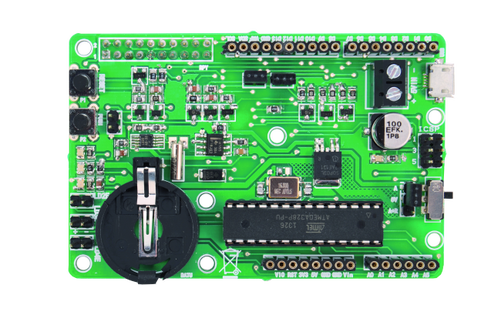 Raspberry Pi 3 uses the standard UART0 serial port for connection via the Bluetooth interface equipping version 3. Therefore, it is no longer available on GPIO14/15 as it was in the first and second version of Raspberry Pi. The secondary UART1 serial is configured on those pins instead, but this serial port is based on a simulated serial not on a preset UART hardware. In particular, its clock is connected to the frequency of the clock of the system which varies in function of the load in order to save energy.

To solve this, the software is configured to recover the UART0 on GPIO 14/15 pins without modifying any hardware parts. This way will disable the Bluetooth peripheral, but the WiFi is still working and you can use Bluetooth by connecting a Bluetooth dongle via USB.

To know more about the new version of RandA you can review this post, and reading this post to learn more about RandA in general. You can get your RandA board for about $36 and this tutorial will help you get starting with it.