Skip to content
HomeBlog Raspberry Pi Compute Module 4 with PCIe/NVMe Support, to be Released in 2021. 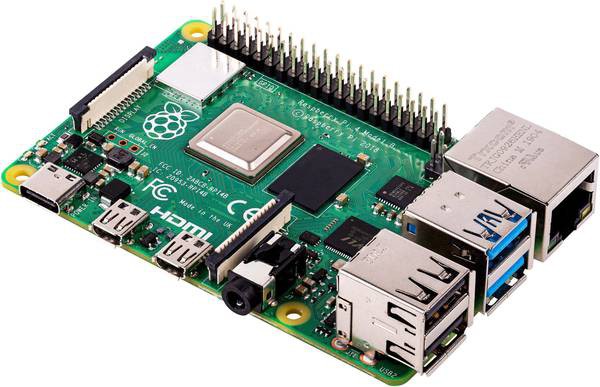 Raspberry Pi Compute Module 4 with PCIe/NVMe Support, to be Released in 2021.

Speaking on the popular weekly Raspberry Pi-Centric Show by Tom’s Hardware, Pi Cast, Eben talked about plans to release the Compute Module board within the next year, while affirming plans to incorporate some of the features that the community has clamored for since the launch of the Pi 4. In his words,

“The Raspberry Pi Compute Module, CM4, we will support NVMe to some degree on that,  because of course, it [Raspberry Pi 4] has a PCI Express channel,”. Sharing more light on how this will be achieved, he said ” we have a single lane Gen 2 which is used to supply USB 3 on the Raspberry Pi [4]. On the [Compute] Module that would be exposed to the edge connector and we’re likely to support NVMe over that.”

One of the great things about the Raspberry Pi 4 is the onboard processor; the Broadcom BCM2711, which among several other things, comes with a PCIe interface that would have allowed users to directly connect storage devices and attain data transfer rates greater than the Max 40MBps that is possible with MicroSD cards. However, the interface was not exposed on the board as it was being used by the VL805 PCIe USB 3.0 controller for the USB ports, and why a lot of users have been able to hack their way around it, having it exposed on the compute module means there’s a ray of hope for users without the hacking skills.

Since the Compute Module comes with no ports and other features possessed by the regular Model B boards, the availability of this PCIe interface will only be useful to Industrial users for which the compute module was created. As such, Eben was asked the possibility of the PCIe interface being exposed to a traditional model B version of the board. His answers were affirmative, but he noted that it will require a lot of design modifications that may impact the cost, and size of the board.

Speaking further on the next steps with the Pi 4, Eben acknowledges the possibility of a Model A version of the board which he said might be the regular board version with the PCIe exposed, but he mentioned the challenges of keeping the price within the same range as the Model B.

Several other tips on what to expect from the Raspberry Pi team was shared on the show. You can watch the episode on YouTube to find out more about all that was discussed.