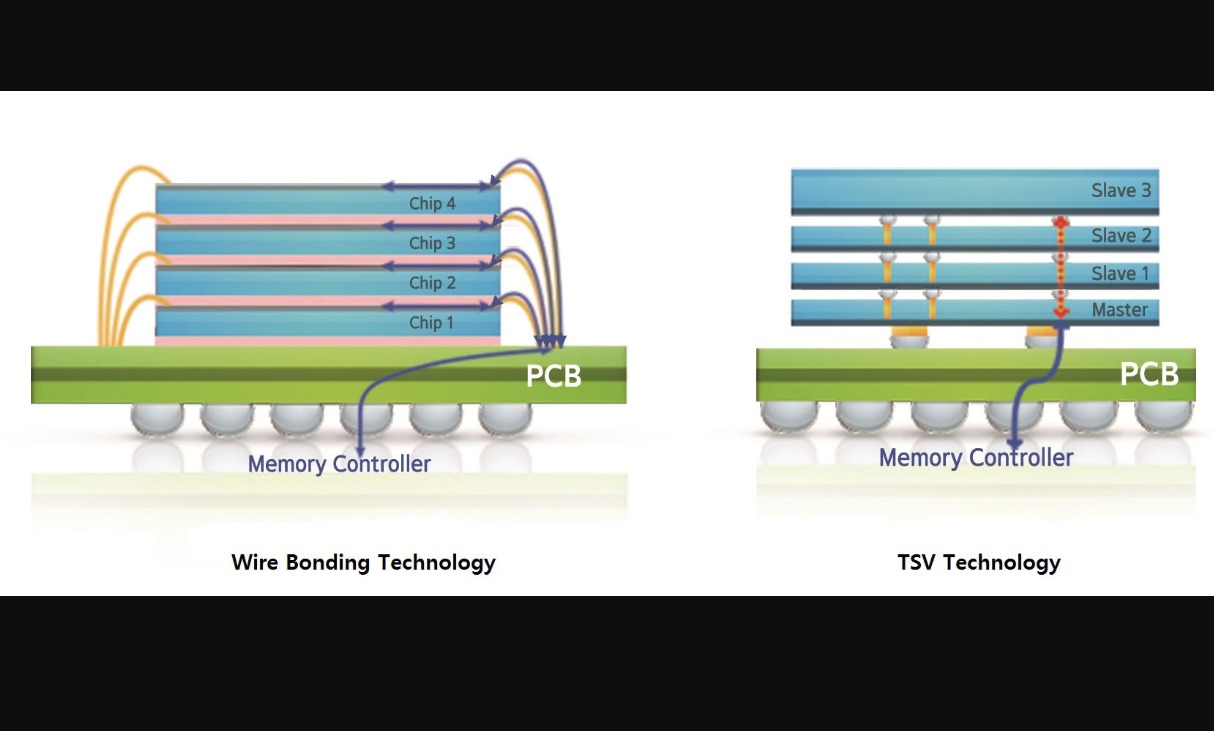 An industry’s first, the 12-layer 3D-TSV (Through Silicon Via) technology developed by Samsung Electronics enables the stacking of 12 DRAM chips using more than 60,000 TSV holes, while maintaining the same thickness as current 8-layer chips. By Julien Happich @ eenewseurope.com

Developed for the mass production of high-performance chips, the layered packaging technology requires pinpoint accuracy to vertically interconnect the DRAM chips through a three-dimensional configuration of TSV holes. The thickness of the package (720㎛) remains the same as current 8-layer High Bandwidth Memory-2 (HBM2) products, which is a substantial advancement in component design. This will help customers release next-generation, high-capacity products with higher performance capacity without having to change their system configuration designs. 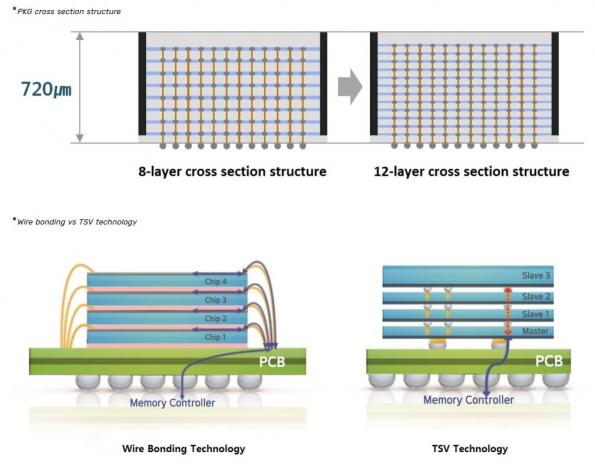 “As Moore’s law scaling reaches its limit, the role of 3D-TSV technology is expected to become even more critical. We want to be at the forefront of this state-of-the-art chip packaging technology.”

Relying on its 12-layer 3D-TSV technology, Samsung will offer the highest DRAM performance for applications that are data-intensive and extremely high-speed. Also, by increasing the number of stacked layers from eight to 12, Samsung will soon be able to mass produce 24-gigabyte high bandwidth memory, which provides three times the capacity of 8GB high bandwidth memory on the market today.