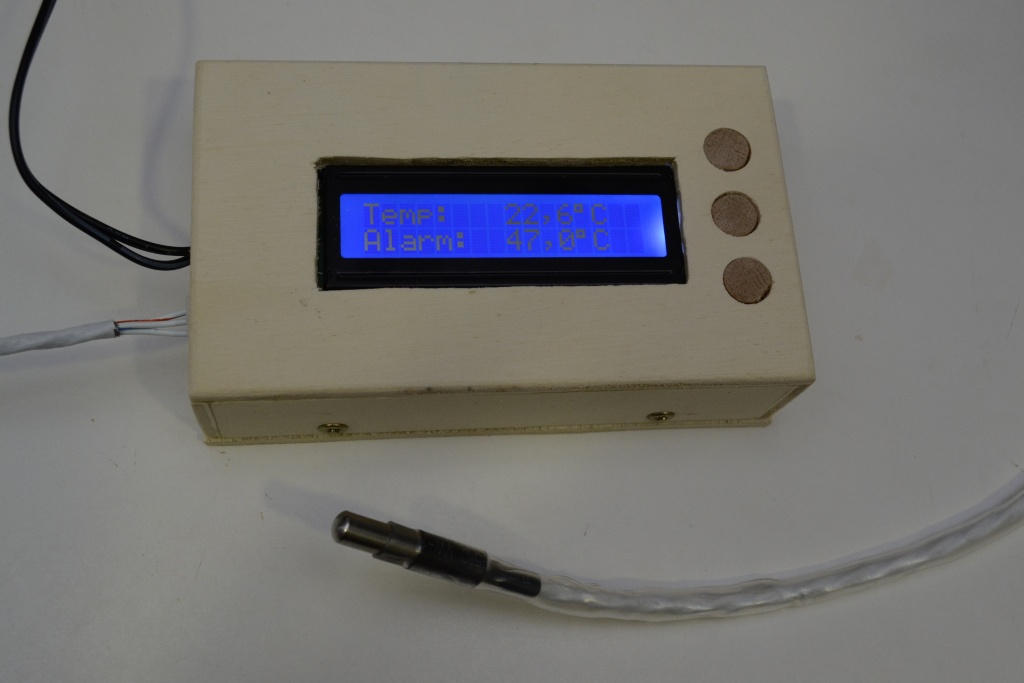 Anyone who has ever boiled milk on the stove knows, that it has a nasty habit of overflowing. That is why I created the temperature alarm for boiling milk to be used my mother. It continuously measures the temperature of the milk and sounds an alarm when the temperature is over the preset alarm value.