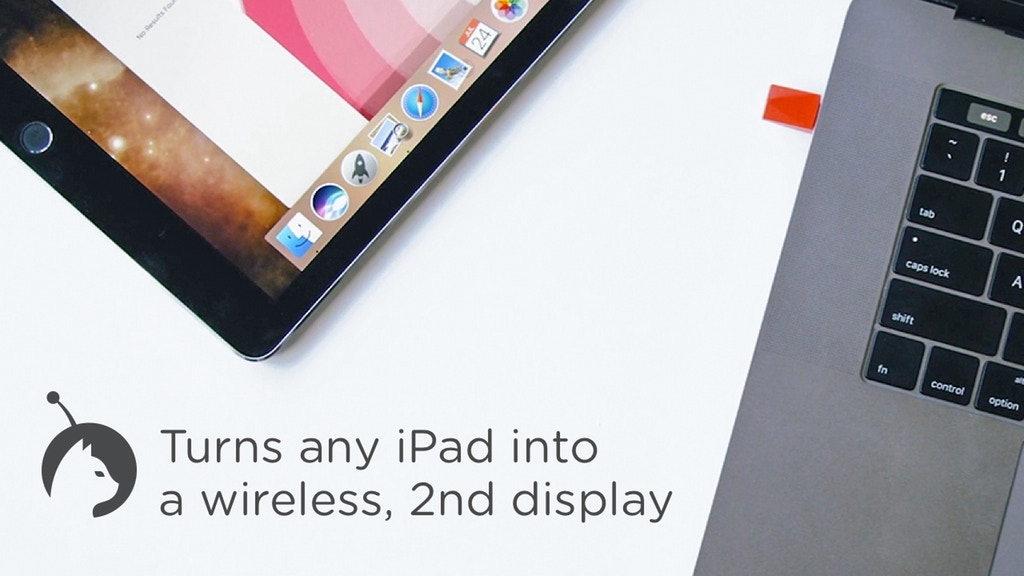 Turn Your iPad Into A Second Screen with Luna

It is possible now to turn your iPad into a second display using Luna Display! Luna Display is a hardware solution that extends your Mac desktop to your iPad, creating a wireless second monitor maintaining high resolution.

In fact, Luna is one of Astro HQ products, a startup working on delivering tools for designers and animation creators. It is originally  founded by two ex-Apple engineers, a reason to understand the loyalty for Apple products!

With no complicated settings, you can set up Luna in seconds using your already available Wi-Fi. This feature is Powered by Astro HQ LIQUID technology. Anyway if Wi-Fi is not available, USB can be the alternative.

Works with any modern iPad – Luna requires an iPad running iOS 9.1 (or later): iPad 2 (or later), any iPad Mini and any iPad Pro.

You can perfectly use Luna Display with the software Astropad, a software that allows you to draw directly into your Mac apps using your iPad and it works over wifi or USB.

“Luna extends both Astropad Standard and Astropad Studio to provide the ultimate drawing experience with the best second screen solution for iPad. If you are a creative professional, Luna has been designed with you in mind.” 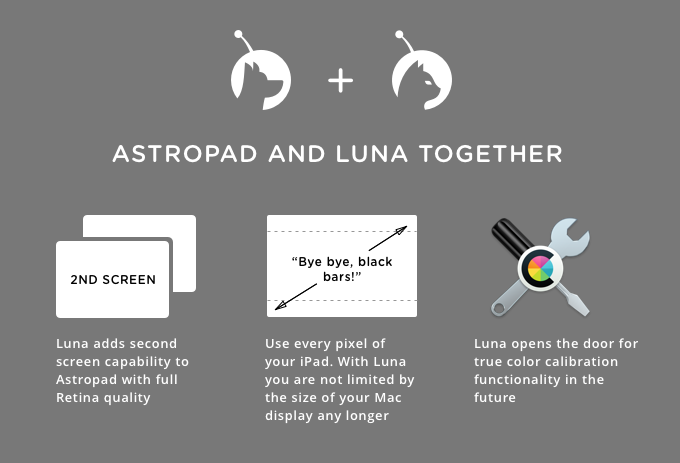 Unlike other solutions, Luna uses the raw power of your graphics card, and harnesses it in order to allow you have the full potential of graphics acceleration. Check this video about the technology used in Luna Display, battery use and energy.

To know more about Luna, you can check the Kickstarter campaign they launched earlier.
Fortunately, the 1,450% funded campaign is still running and still has 39 days to go. You can pre-order your Luna Display gadget for 65$, or the Artist bundle for $99, including 1 Luna Display and 1 year Astropad Studio.

For more information and details, you can check the official website of Astropad and Astro HQ. Also, take a look at the campaign video here.