Skip to content
HomeTechnologyWhat Will Happen to Moore’s Law in 2021? 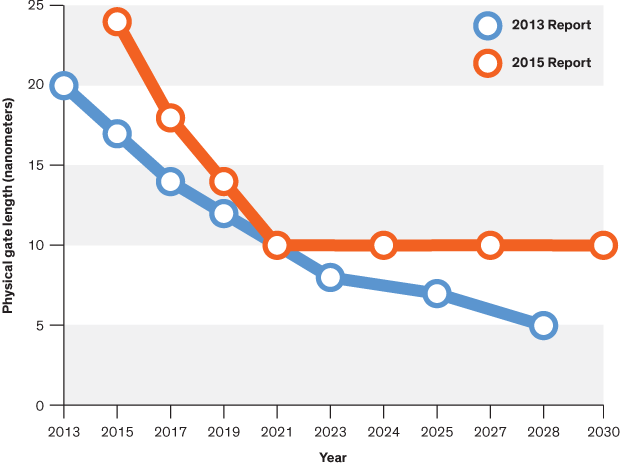 Moore’s law states that the number of transistors doubles every two years. Rachel Courtland from IEEE Spectrum explained the sharp turn of Moore’s law in 2021.

Chip manufactures will switch to another way of boosting the density in the chip by having multilayer chips using vertical geometry, and we’ve already seen the 3D concept in silicon chips like 3D NAND Flash. According to 2015 roadmap released by International Technology Roadmap for Semiconductors (ITRS), by 2021, shrinking the dimensions of transistors in microprocessors will not be desired economically by chip makers, although the report of 2014 predicted that the physical dimensions would continue to shrink until at least 2028.

According to the article, the spirit of Moore’s Law could still there, where some changes in the technologies will still lead to pack more transistors in a given area.

Rachel also mentioned  that first international Rebooting Computing conference will be held in October this year 2016. It’s “Other ITRS participants are expected to continue on with a new roadmapping effort under a new name” Rachel said.