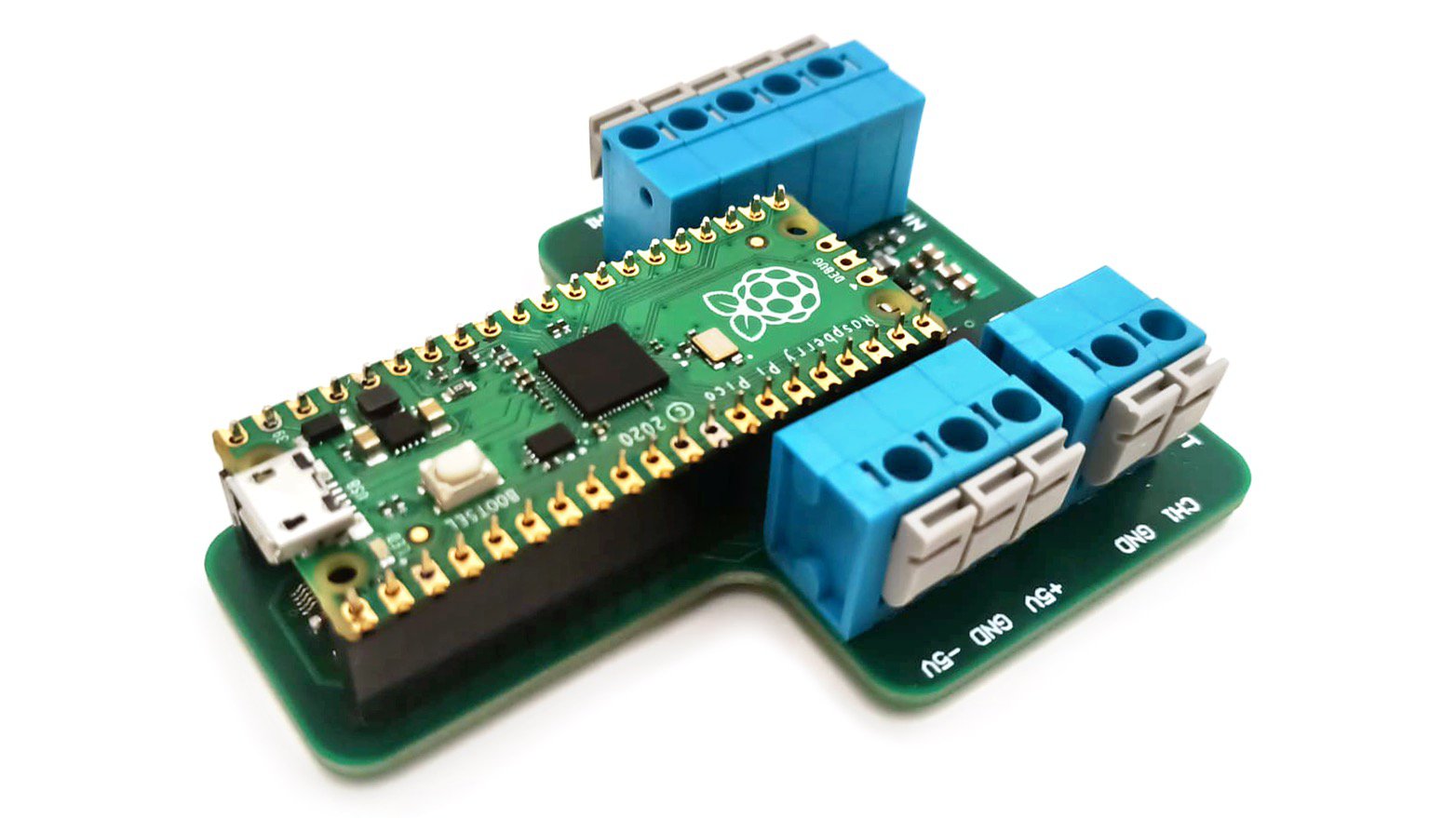 We have already come across tens if not hundreds of Raspberry Pi’s in-house silicon tapeout RP2040 integrated boards. The RP2040 was first seen in Raspberry Pi’s own microcontroller board– RPi Pico that features a dual-core Arm Cortex-M0+ processor with 264KB internal RAM and support for up to 16MB of off-chip flash storage. To add analog functionality to the Raspberry Pi Pico, a Turkish electronics engineer, Alperen Akküncü has pre-launched PlainDAQ, an open-source DAQ module as an external hardware carrier board. For analog carrier modules, precision is one of the most important factors while designing that can change the way developers consider buying the hardware.

A data acquisition unit (DAQ) module is hardware that measures an electrical or physical parameter like the voltage, current, temperature, pressure, or sound. The PlainDAQ has a simple design with a compact form factor without wasting any space on the PCB that consists of four analog input channels multiplex on one side of the Raspberry Pi Pico-compatible female headers. These four channels multiplexed are connected to the Microchip MCP33151-05 ADC featuring a 12-bit resolution and 72dB signal-to-noise ratio while maintaining a sampling rate of 500kS/s.

After contacting the developer, he confirmed that PlainDAQ will utilize MCP33141D-05 or MCP33111D-05 (or equivalent part). 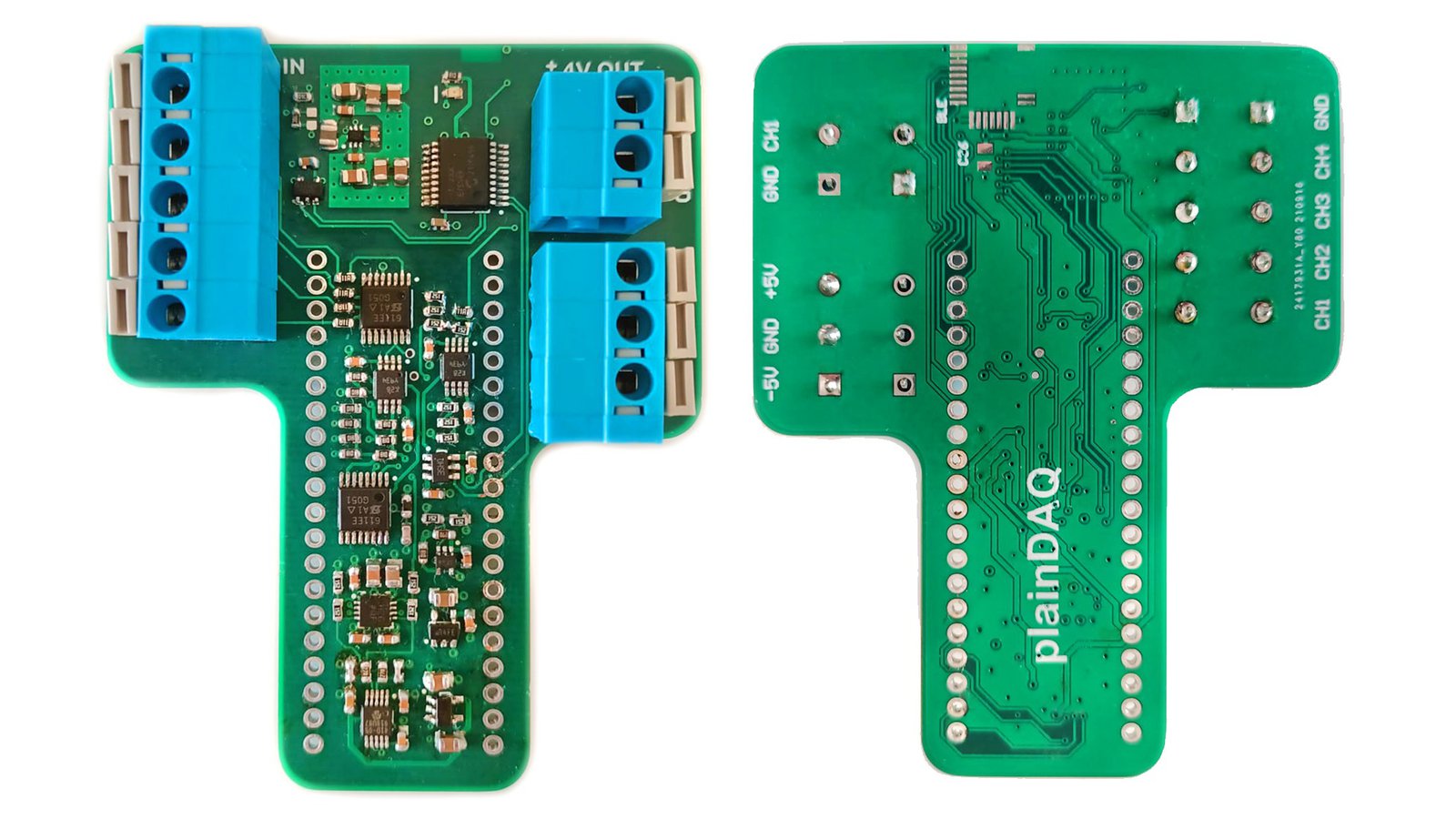 For analog outputs, the carrier board has also integrated another Microchip MCP4716 (or MCP47FEB11 or MCP4911) single-channel, 10-bit DAC with integrated EEPROM and an I2C compatible serial interface. This integrated circuit helps to create analog outputs and waveforms. Additionally, the PlainDAQ generates ±5 V voltages to offer a bipolar power supply which is very uncommon in hardware devices as they are difficult to generate. The DAQ devices include a stable voltage reference with 20 ppm/°C drift.

Before shipping the PlainDAQ, the developer promises to calibrate with DMM7510 high-resolution digital multimeter and also gives the flexibility to be calibrated “with proper equipment with the help of on-board EEPROM for storing calibration data.” In terms of wireless connectivity on the device, the schematic shows the integration of the ESP32-MINI-1 AT-Command module that not only provides a simple UART interface to Raspberry Pico hardware platform but also offers 2.4GHz IEEE802.11b/g/n Wi-Fi and Bluetooth LE 4.2 connectivity.

Implementing the DAQ device in a test use case, Alperen Akküncü gives a detailed project log on USB speed test as the PlainDAQ will be transferring a massive load of data.

“I wanted to test how fast I can transfer data via USB. I used two raspberry pi pico’s one of them doing the debugging and the other is doing the actual work.” The problem statement mentions the transfer of 6MBit/s of data from the Pico hardware platform to the computer. Interestingly, the developer could read up to more than 7Mbits/s. However, the developer also notes that “the speed depends on your setup as and if you use a hub it’s slower.” 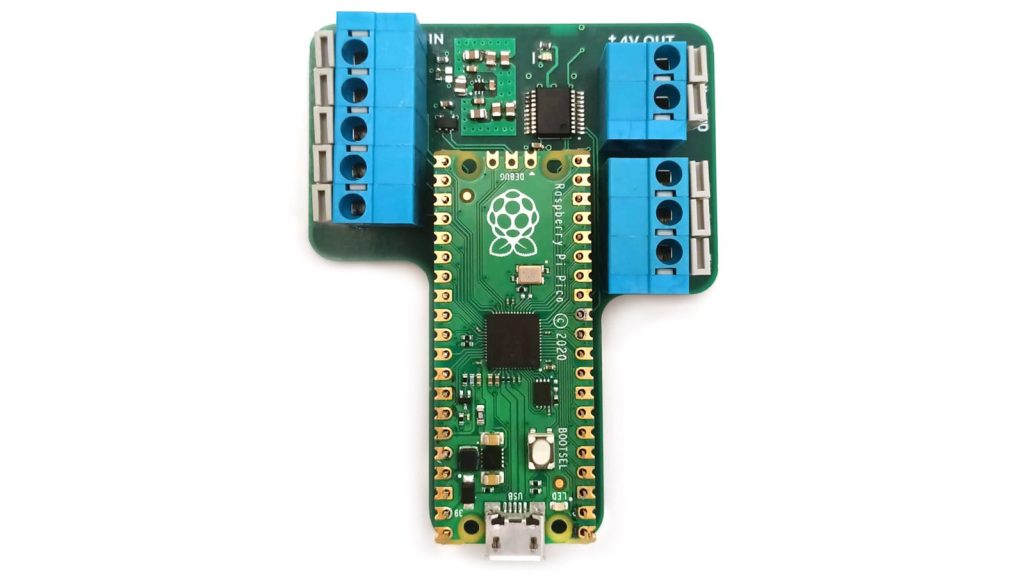 If you are interested in the open-source PlainDAQ analog precision carrier board for Raspberry Pi Pico, consider supporting the crowdfunding campaign on CrowdSupply. For live updates, you can sign up on the product page. Also, if you want to contribute to the open-source GitHub repository, you can do so by following this link. The KiCAD project will be available for the open-source community earliest by next week. The developer has provided us with information on the pricing saying, “I can guarantee that it’s going to be in the sub-100$ region and probably very affordable.”

Alperen Akküncü will be releasing some videos to showcase what you can do with PlainDAQ. PlainDAQ has precision ADC and DAC on the same board and coupling all of these with python scripting their lots of uses. Here is a list of videos in the making:

We thank Alperen Akküncü for providing us with all the extra information that will be coming soon. Stay tuned for more updates.