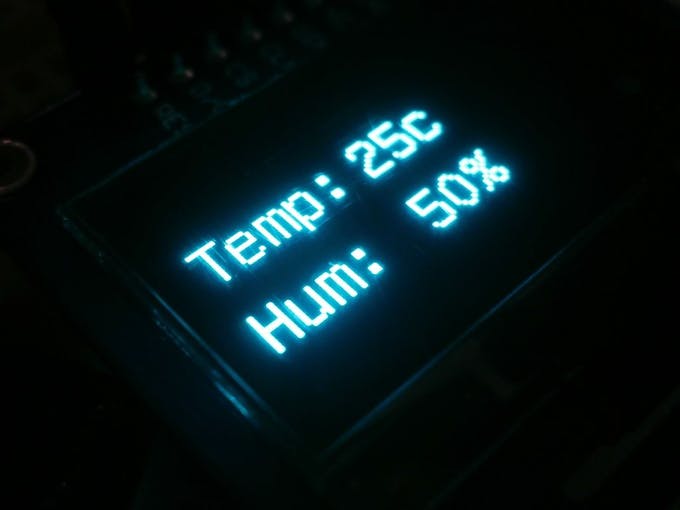 Hygrometers are used to determine the moisture content of the environment. They find application in farms, food storage, museums, and other places where moisture needs to be monitored to ensure damage is not done to goods and other things stored in that space. For today’s tutorial, we are going to build a Hygrometer using the DHT11 temperature and humidity sensor and an OLED display. To fully utilize the ability of the DHT11 sensor we will add a thermometer to the hygrometer so both temperature and humidity are displayed on the OLED display.

At the center of today’s project is the DHT11 temperature and humidity sensor, and the OLED Display. OLED (Organic light-emitting diode) displays are made of light-emitting diodes (LED) in which the emissive electroluminescent layer is made up of a film of organic compound that emits light in response to an electric current. For this tutorial, we will use the 1.3″ OLED Display from Waveshare. The display is monochrome blue in color, has a resolution of 128×64 pixels and communicates over 4 wire SPI or I2C. It is low power as it only consumes 0.04W of energy which is one-tenth of what is required to power a 16×2 LCD display.