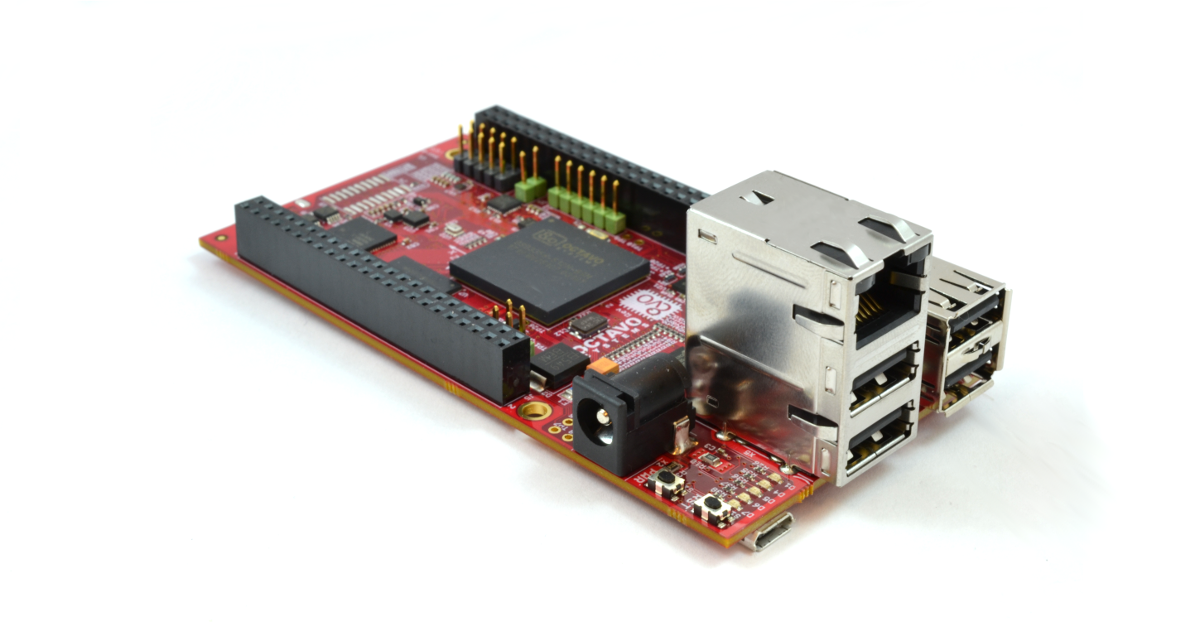 Octavo Systems back in 2017 released their OSD335x-SM System-In-Package device, a powerful ARM Cortex®-A8 SIP-based package. The OSD335x-SM was a device of its class, measured at just 21mm x 21mm, and the OSD335x-SM is the smallest AM335x processor-based module on the market today that still allows complete access to all the AM335x device I/Os including PRUs. The OSD335x-SM helps in removing the need for DDR routing, power sequencing, complex supply chains and even the need for building larger PCBs to accommodate several components.

The OSD3358-SM-RED is fully designed around the OSD335x-SM SiP at its core, thus inheriting all the features of the SiP device. The OSD335x-SM integrates a powerful 1GHz Texas Instruments Sitara AM335x processor, DDR3 Memory, two power supplies, and passives into a single easy to use package.  The 256 Ball BGA is 60% smaller than an equivalent design using discrete devices, making it the smallest ARM Cortex-A8 system implementation.

The development board comes included with a Gigabyte Ethernet (10/100/1000 Ethernet), a whopping 5 USB 2.o ports (comes with 4 USB hub ports and 1 micro USB client port), a micro HDMI for display, and two 46 pin expansion headers which makes it compatible with the Beaglebone ecosystem. The OSD3358-SM-RED has a 16GB eMMC on board and a microSD card interface.

The board also adds some onboard sensors providing a possible real-world case study. It comes with a 9-axis IMU that provides acceleration, gyroscope, and magnetometer data; a barometer to provide altitude; and a multi-channel temperature sensor. 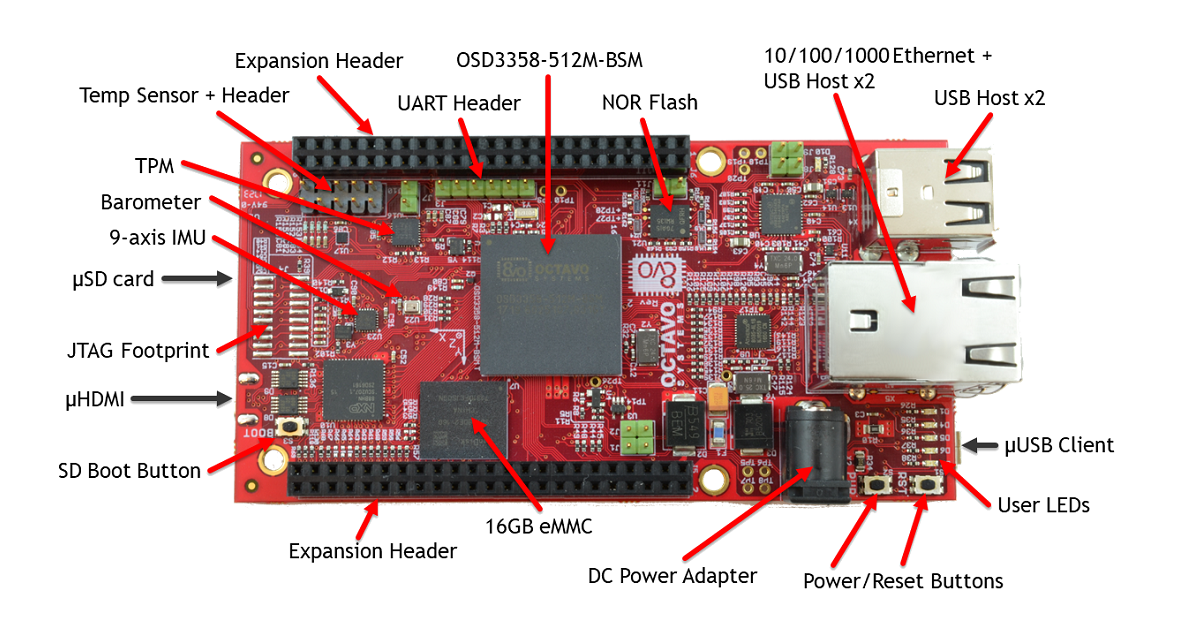 Even though the SM-RED shares some compatibility with the BeagleBone it has no onboard WiFi and Bluetooth, but there’s an Ethernet port, and unlike the BB Black and other BeagleBone variants, it’s a GbE port. You also get 16GB eMMC compared to 4GB on the other BeagleBones.

The following are the specifications for the OSD3358-SM-RED:

The OSD3358-SM-RED platform comes pre-loaded with a Debian Linux distribution complete with driver libraries for the different sensors on the board. All of the design files are freely available and can be used as a known good starting point for new designs. The OSD3358-SM-RED is available from Octavo Systems, Digi-Key, and Mouser for $199. More information may be found on Octavo’s OSD3358-SM-RED product and shopping page.